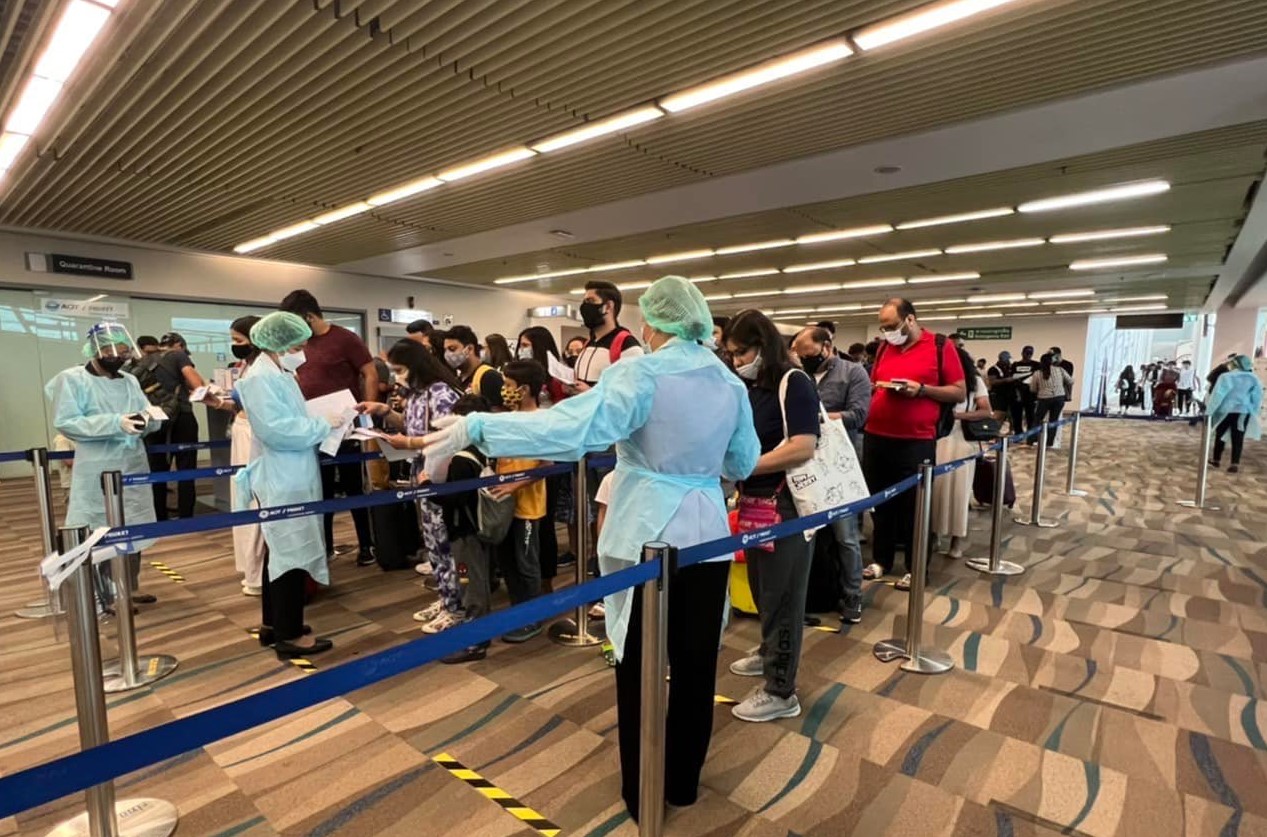 Foreign tour operators are criticising Thailand’s re-introduction of entry restrictions, saying no warning was given before the rules were suddenly changed. According to a Bangkok Post report, many overseas tour companies have criticised the Public Health Ministry’s decision to require all non-Thai passengers to show proof of vaccination before boarding a flight to the kingdom. A further notice issued yesterday (in the centre below) added that those who could not show proof of vaccination could be tested on arrival.

Here’s the last two NOTAMs on the topic, the latest one in the centre with the red mark-ups… 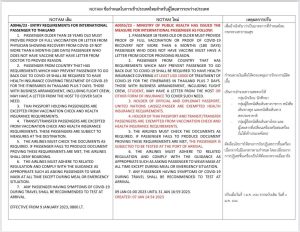 Because of the many changes since last Tuesday, and the number airlines that need to be advised, along with their check-in staff, tour operators are concerned that the latest information may not have been communicated properly.

Anumber of British tour companies have expressed frustration, saying there was no notice given and many of their customers were already on their way to the airport and would not necessarily be carrying proof of vaccination. If they were denied boarding as a result, the tour companies say they’d be liable for reimbursing them.

A number of Scandinavian companies have also criticised the way the restrictions were introduced, saying they didn’t have enough time to inform their customers. Instead, in many cases, they were forced to cancel tickets and issue refunds, which had a negative financial impact for the business.

Tour companies in Germany have spoken out about the new rules too, saying their introduction will damage confidence in Thai tourism. It’s understood that over 1,000 room-night reservations have been cancelled, as around 20% of the German population remains unvaccinated. There have also been complaints from tour companies in Russia and France.

Thailand’s tourism businesses have also criticised the move, with the Phuket Tourist Association saying it will have a negative impact, just as the sector is trying to recover. The PTA is one of 9 organisations that has submitted a letter to the government, calling for the restrictions to be reviewed.