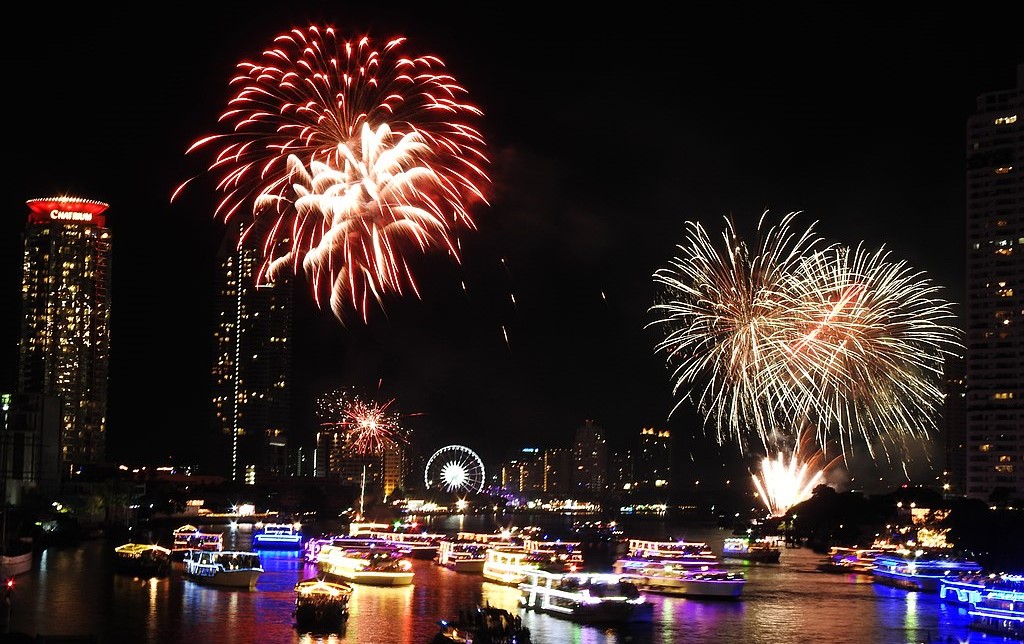 The Bangkok Metropolitan Administration has given the go-ahead for New Year’s Eve parties in the capital, but says people shouldn’t forget that Covid-19 still poses a risk. Bangkok Governor Chadchart Sittipunt says revellers will still be required to wear face masks if gathering in crowded areas on the night.

The Bangkok Post reports that the BMA is increasing disease control measures in an attempt to avoid a spike in Covid-19 infections after the New Year holiday. Partygoers will be given clear safety instructions and expected to adhere to disease prevention measures, particularly if they’re in one of the so-called high-risk groups.

Event organisers who wish to hold an end-of-year party must obtain approval ahead of time, by contacting City Hall. It’s understood that so far, only Central World has requested permission to host a mass gathering on New Year’s Eve.

Chadchart says city officials will open additional vaccination sites for people who’d like to get a booster dose ahead of any New Year party. The governor has acknowledged the problem of overcrowding, particularly at weekends, at the main vaccination facility at the Thai-Japan Bangkok Youth Centre.

Meanwhile, Bangkok’s deputy governor, Tavida Kamolvej, is calling on both party organisers and partygoers to adhere to disease prevention measures. She has also called on event organisers to reduce the size of their gatherings, to make it easier for the relevant bodies to respond in the event of an emergency.

Thailand’s farang-loving health minister has also waded into the conversation, to point out that Covid-19 infections are on the rise in tourist areas. Anutin Charnvirakul adds that 97% of new cases are in patients considered high-risk, with many of those unvaccinated or having not received a booster over 3 months since their last dose.

In October, the Thai government confirmed it planned to administer at least 2 million doses of Covid vaccines by the end of 2022. However, with the end of the year rapidly approaching, it’s understood only 800,000 doses have been administered.