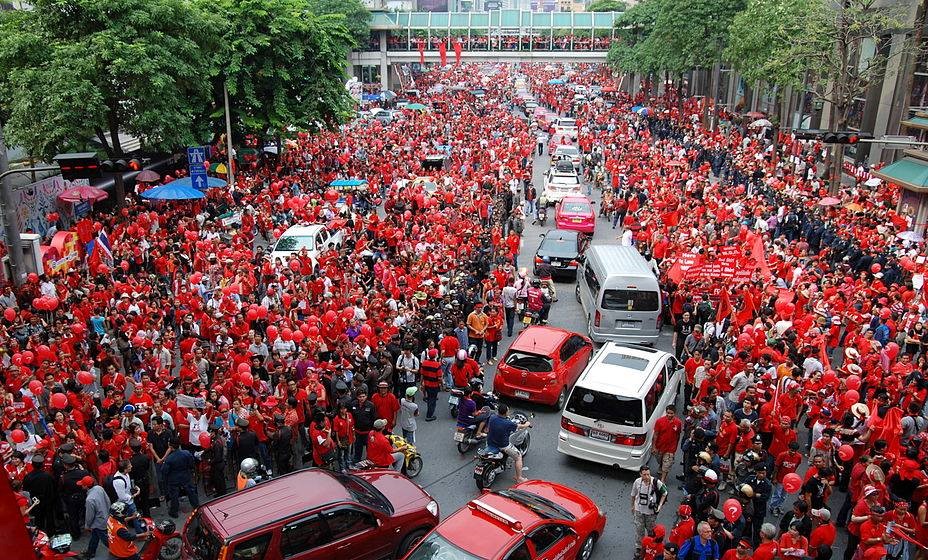 Anti-government activists will protest at the Ratchaprasong intersection (Central World) in Bangkok this weekend, demanding the removal of the “3 Ps”. According to a Thai PBS World report, the protest will be led by Jatuporn Prompan, leader of the Red Shirts movement, the United Front for Democracy against Dictatorship, and Nititorn Lamlua, former leader of the Yellow Shirts (an unlikely alliance of two former adversaries).

The “3 Ps” in question are the caretaker PM, Prawit Wongsuwan, the currently suspended PM, Prayut Chan-o-cha, and Interior Minister Anupong Paochinda. Speaking to the media yesterday, Jatuporn stated that as long as the 3 Ps remain in government, a general election may not happen. He accuses the 3 former army ‘buddies’ of wanting to cling onto power as long as they can, while misleading the general public with claims that they will leave when the “time is right”.

The Red Shirts leader says 2 election-related bills are awaiting a decision from the Constitutional Court, who will rule on their constitutionality. One of the bills relates to the election of MPs and the other is the Political Parties bill.

“If they are both ruled unconstitutional, we have to restart the whole legislative process from zero.”

Jaturporn says he’s expecting a large attendance at this weekend’s rally, including many students. However, he insists the protest will cause minimal disruption to traffic as organisers will seek permission from the Central World shopping complex to use the facility’s front plaza for the gathering.