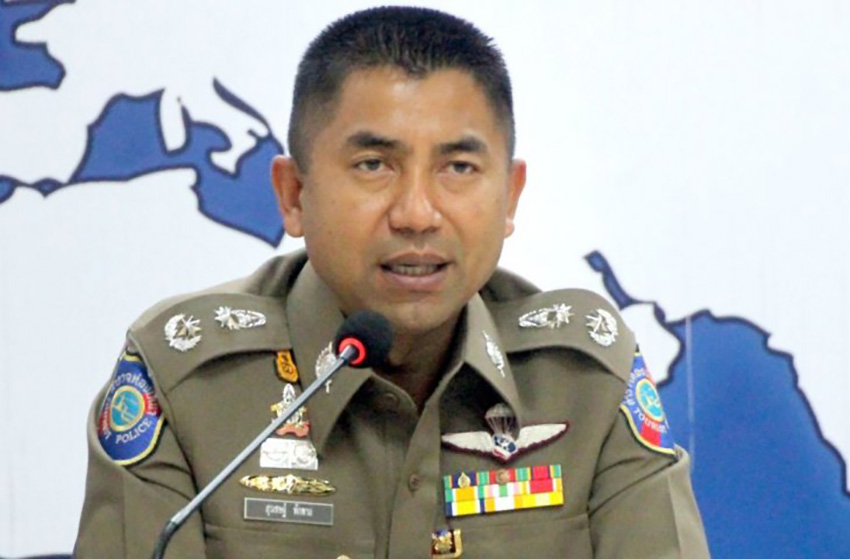 Thailand’s deputy national police chief says his investigation into 80 immigration officers accused of helping around 5,500 Chinese nationals convert their tourist visas into long-stay visas illegally should be wrapped up by early next week.

Surachate Hakparn’s investigation centres on assistance allegedly being provided to Chinese triad gang members to help them remain in the kingdom illegally. The huge investigation has implicated not just the 80 immigration officials but also up to 3 Thai army generals as well.

Surachate, also known as Big Joke, says once his investigation concludes, his findings will be submitted to the top inspector general, with a view to disciplinary action being taken against the police officers in question.

According to a Nation Thailand report, all 80 officers have been summoned to testify and Surachate says the probe is now over 90% complete. The deputy national police chief led the Immigration Bureau until 2019, when he was abruptly transferred to a civilian post as adviser at the PM’s Office. In March 2021, he was reinstated in the police force.

The 80 police immigration officers include 3 generals who attended the police academy with Surachate. The officers all face charges that include demanding bribes and malfeasance.

Surachate says the National Anti-Corruption Commission will launch a graft probe against the 3 generals, once they have been formally charged. The other officers will face disciplinary action, with Surachate insisting there will be no interference in the process from anyone higher up the chain, including the National Police chief.

The allegations of corruption have emerged from a wider investigation into Chinese national, Chaiyanat “Tuhao” Kornchayanant, who is accused of being the leader of a Chinese triad operating in Thailand.

Chaiyanat is currently in custody, along with his Thai wife, Wattanaree Kornchayanant, a former police colonel. It’s understood Chaiyanat obtained Thai citizenship through his marriage to Wattanaree.

As part of the investigation into Chaiyanat and his accomplices, immigration officers are accused of illegally issuing visas to around 3,000 Chinese nationals in the northeast of the country and another 1,000 in northern Thailand between 2020 – 2021.