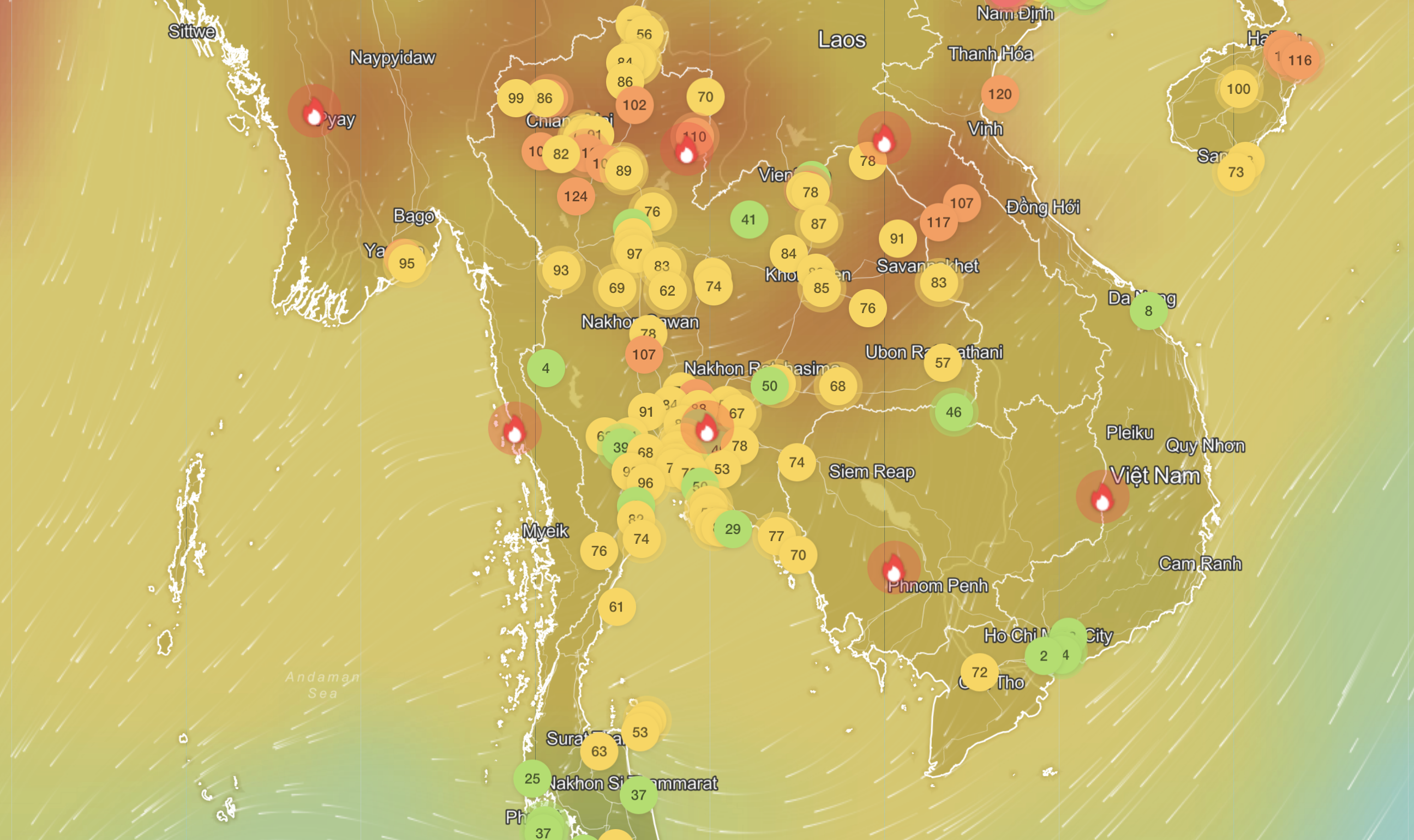 Whilst Phuket is enjoying a respite from the long, sunny days (with an afternoon of some rain showers crossing the island), Greater Bangkok and some central and northern provinces are experiencing the first bad air pollution for the year.

Thailand’s Pollution Control Department is warned that the issue of PM2.5 dust in the atmosphere in Bangkok and its surrounding areas, as well as in six northern provinces, is expected to worsen on Thursday, Friday and Saturday. On the Air4Thai website, the PCD reported on Wednesday that the general air quality across Thailand was ranging from very good to a level that poses a threat to health, with the amount of PM2.5 in the atmosphere surpassing the standard level (currently 50 microns in Thailand) in certain areas…

We also recommend iqair.com to keep up to date with all of Thailand’s air quality measurement stations.

According to the AirVisual application, air quality in Ang Thong province is in the red zone, with the amount of PM2.5 being measured at 64 microns for three consecutive days, whereas the amount of PM10 in the atmosphere was measured at 108 microns. Although air quality today (Wednesday) is slightly better than yesterday, the levels of PM2.5 and PM10 still exceed the standard level.

The PCD is urging those in affected areas to take precautions to protect their health, such as staying indoors, wearing masks, and avoiding outdoor activities during periods of high pollution. They are also encouraging people to reduce their use of vehicles and to refrain from burning materials that could contribute to the air pollution. The department is also working to improve the air quality by implementing measures such as monitoring and controlling emissions from industrial plants and vehicles. 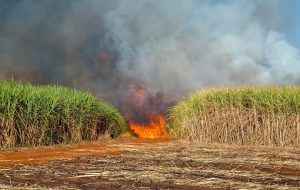 Much of Bangkok’s air pollution woes are seasonal and are greatly exacerbated by the light north and north easterly winds that blow smoke down from Myanmar, Laos and Cambodia (when the wind blows easterly) as farmers burn their crop waste in preparation for the next harvest. This happens mostly from January to April each year.

There are also farmers breaking the burning off laws in Thailand as well although a lot fewer than the past as better farming practices and crackdowns have moved Thai farmers to more modern agricultural practices.