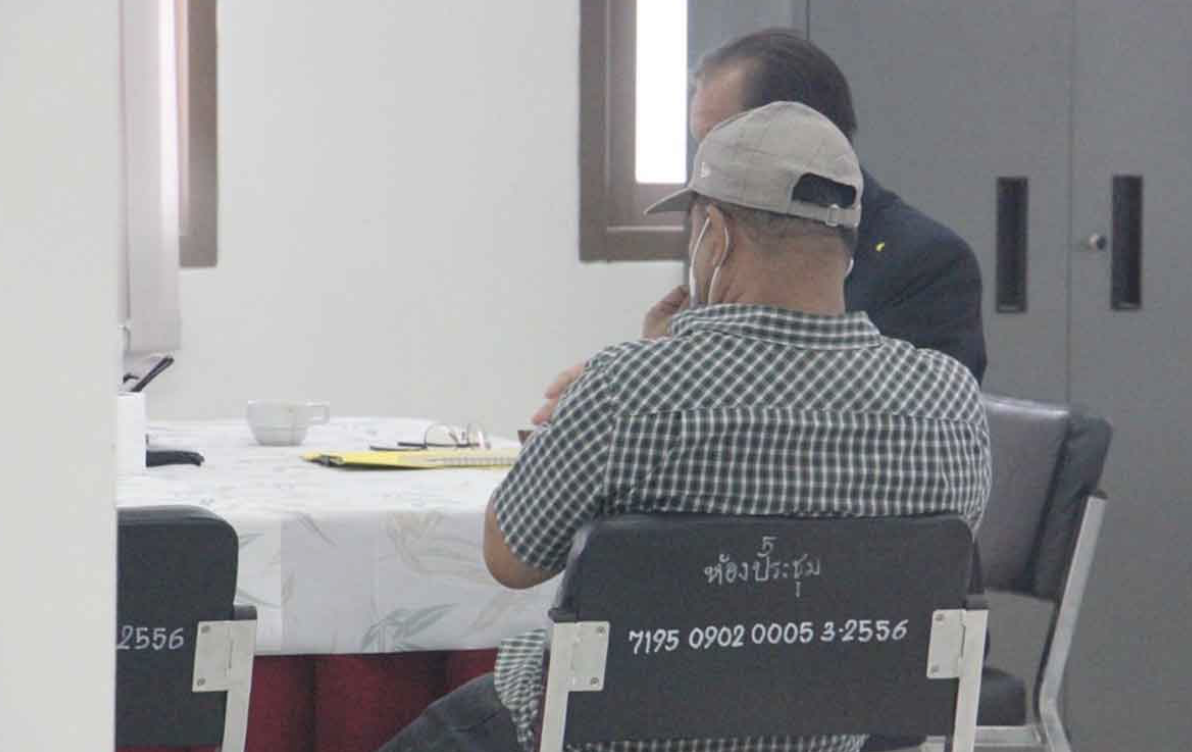 The real owner of Mountain B Sattahip

Somyos was accompanied by his lawyer and reported to Chon Buri police at 10am this morning.

He has now been officially charged with recklessness causing death and injury, and operating an entertainment venue without proper licensing.

19 people have now died as a result of the fire that engulfed the Mountain B venue in Sattahip on August 5, many still in hospital with horrific burns.

There were around 100 patrons in the ‘club’ at the time of the incident which police now believe started as a short circuit in newly installed sound gear the da before.

There was only one operating exit at the time of the blaze and flammable acoustic foam insulation accelerated the spread of the fire as it rained down on fleeing occupants as they crowded toward the exit.

Chon Buri police were planning to execute a warrant at the home of Somyos Panprasong this morning before he turned up on his own, with his lawyer.

Two days after the fire, Somyos’s son, 27 year old Pongsiri Panprasong, reported to the Phlu Ta Luang police as the ‘owner’ of the venue. He was escorted into the police station building without talking to media gathered outside. He was later granted 300,000 baht bail.

Almost ten years to the day, on August 17, 2012, there was also a fire at the Tiger disco in Bangla Road, Patong, in Phuket. Investigations at the time said the blaze either started from a short circuit or could have been caused by lightning striking a transformer. But in many ways the shortcomings of this venue echo the same problems at Mountain B last Friday. Have Thai authorities learned nothing about fire safety over the past decade?

Four people died in the Tiger Disco fire, all found in the bathrooms at the venue trying to escape the flames, including a French and British tourist, and 2 locals. 11 others were injured.

The fire happened around 4am, long after the official closing time, but the club’s owners say the people inside were just “sheltering from the rain” at the time. A lack of functioning exits was, again, brought up as a key factor to the safe evacuation of the people inside.

No jail time was ever served after several owners were charged following a one month investigation.