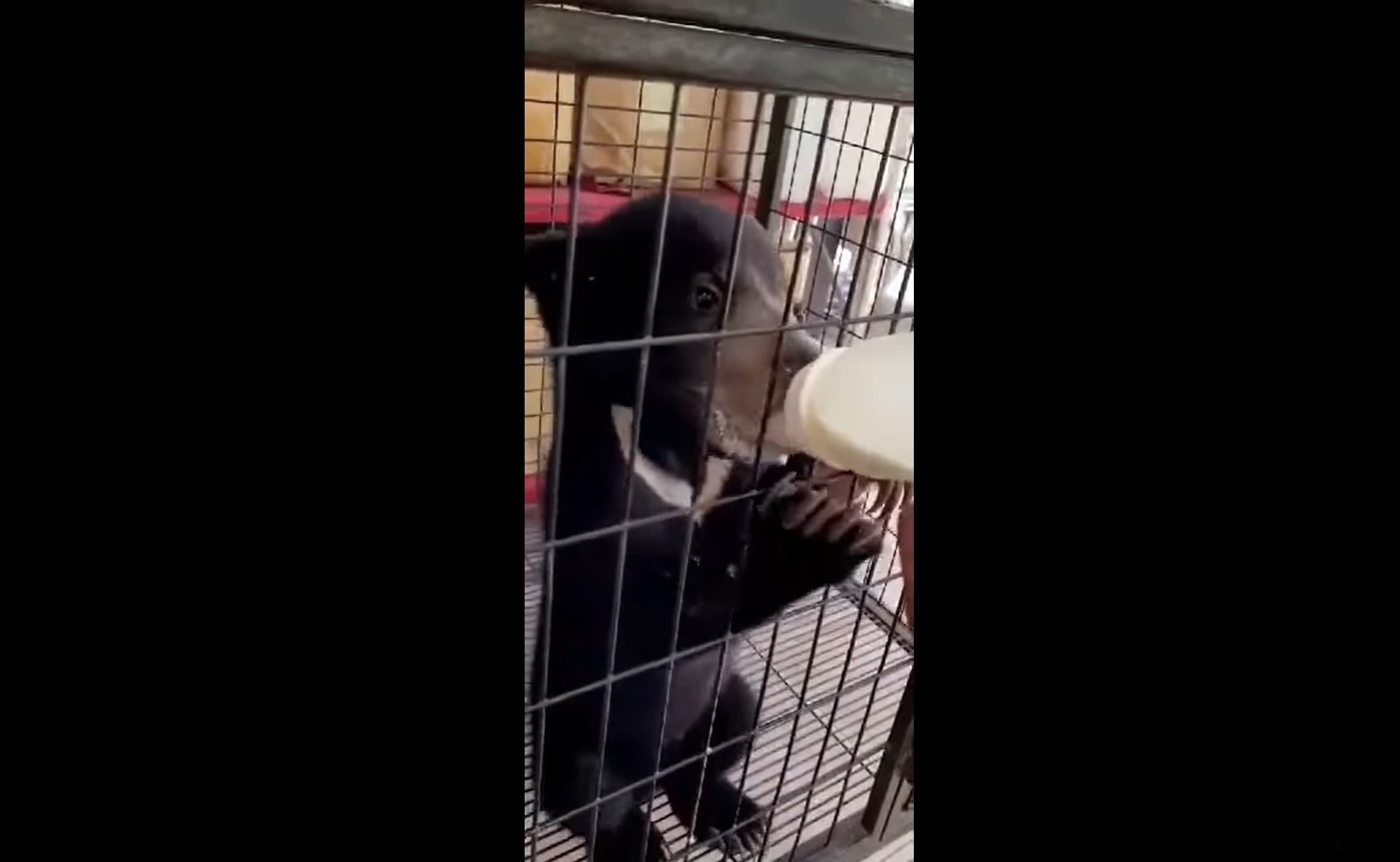 A young Malayan sun bear, thought to be around 4 months old, is in the care of wildlife officials after being rescued. The baby bear was discovered in a mountainous village in Prachuap Khiri Khan, according to a Thai PBS World report. It has been taken to the Huai Sai wildlife breeding centre in the district of Cha-am in the central province of Phetchaburi.

The head of the breeding centre, Surasak Anumethangkoon, says the bear is in good health and drinks between 75ml and 100ml of milk 4 times a day. However, the centre does not have a cage large enough to hold the bear and Surasak says one may have to be built or the bear may be sent to a better-equipped breeding centre.

Officials are unsure if the bear simply became lost and separated from its mother or if it was caught and raised illegally. The centre is currently in need of goat’s milk to feed the bear and Surasak says anyone who would like to donate some goat’s milk should get in touch.