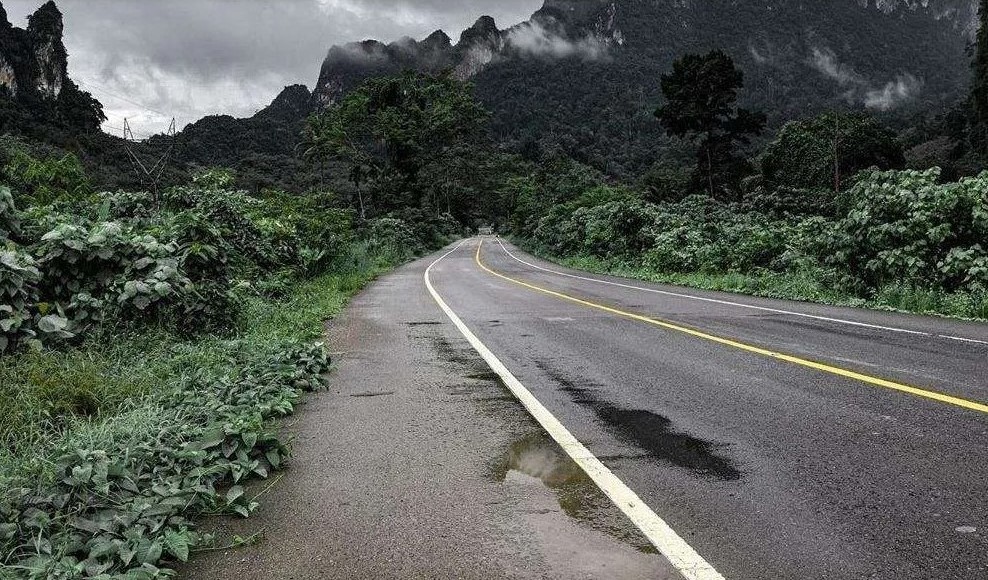 A woman’s body has been found in a rubbish bin on a hill in Phang Nga, just north of Phuket. The Phuket Express reports that Meksuwan Supanmok, a worker from the Kuraburi Highway Station, made the gruesome discovery and notified Ka Pong Police.

Police officers and rescue workers arrived on the scene, on Khao Sok Hill, between the provinces of Phang Nga and Surat Thani. On the hill they found a plastic rubbish bin with a woman’s body inside. The dead woman has now been identified as 30 year old Supattra Yodkaew from Surat Thani.

According to the report, Meksuwan told police he was cleaning road signs and cutting grass in the area when he detected a foul smell and noticed the rubbish bin on the hill. At this stage, he says he alerted police as he was sure there was a dead body in the bin, adding that this has happened many times before.

Police say they believe the woman was beaten to death in another location before her body was moved to the area and dumped in the rubbish bin. An investigation has been launched to find the murder suspect and to confirm the cause of death.