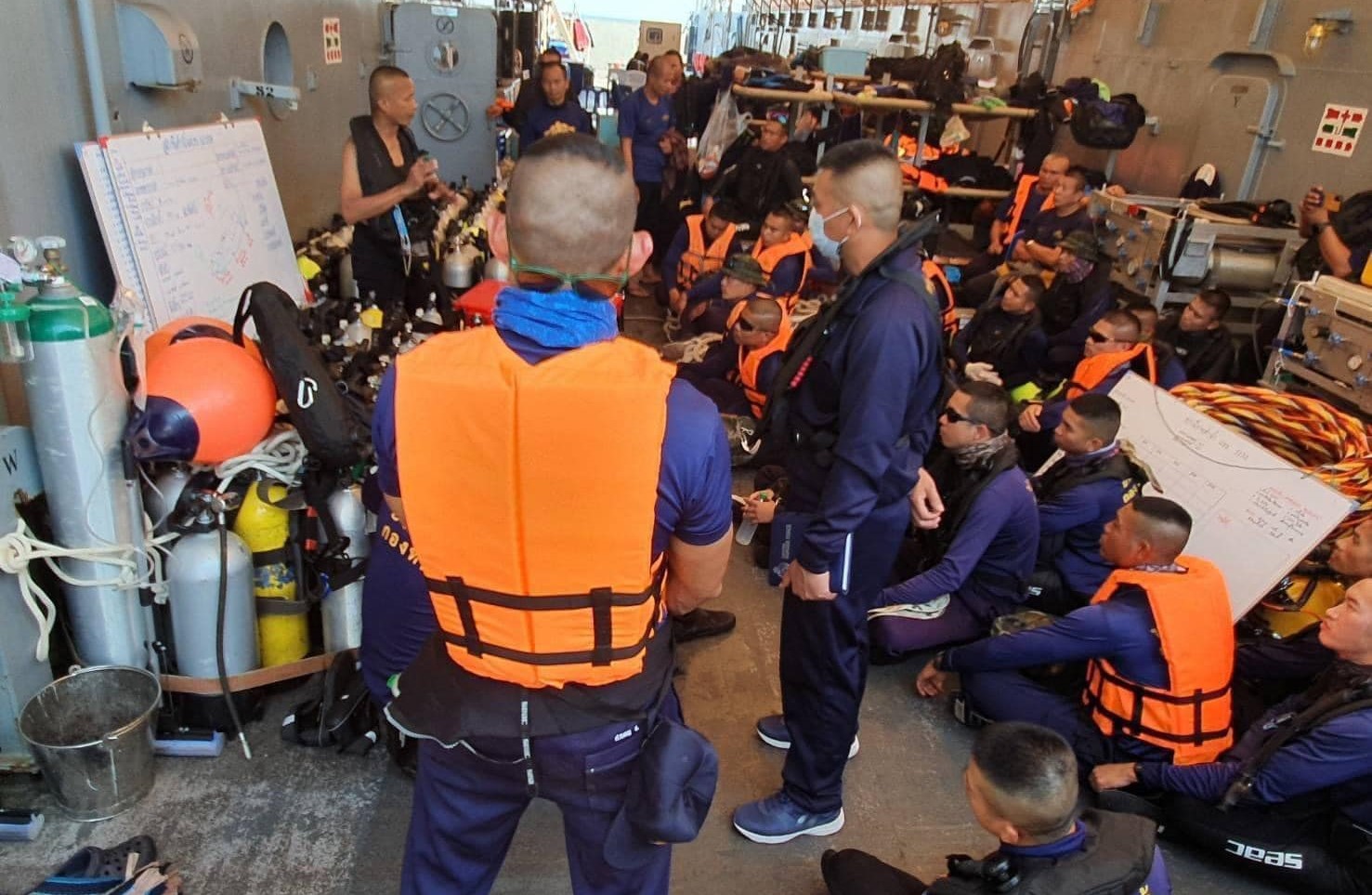 The Thai Navy has found the bodies of three more crew members who drowned when the HTMS Sukhothai sank in bad weather on December 18. Nation Thailand reports that the bodies were recovered from near the wreckage of the ship yesterday afternoon.

The number of crewmen still missing is now 11, according to Vice Admiral Pichai Lorchusakul, who confirmed the bodies found yesterday are definitely from the ship as they were wearing their sailors’ uniform.

The first body was spotted by the crew of the HTMS Naresuan and a fisherman found the second near Koh Phai, in the district of Pathiew, in Chumphon. HTMS Sukhothai sank off the coast of Bang Saphan district, in the western town of Prachuap Khiri Khan.

It’s understood the 3 bodies found yesterday are being sent to a Prachuap Khiri Khan foundation for identification purposes before being handed over to their families for funerals to take place.

The HTMS Sukhothai was carrying 105 crew when it capsized in strong waves. Rescuers managed to save 76 sailors, with a further 29 declared missing. During the first few days after the sinking, 6 bodies were recovered and formally identified. Another body was found on Friday and 8 bodies were recovered on Saturday. There are currently still 11 missing.