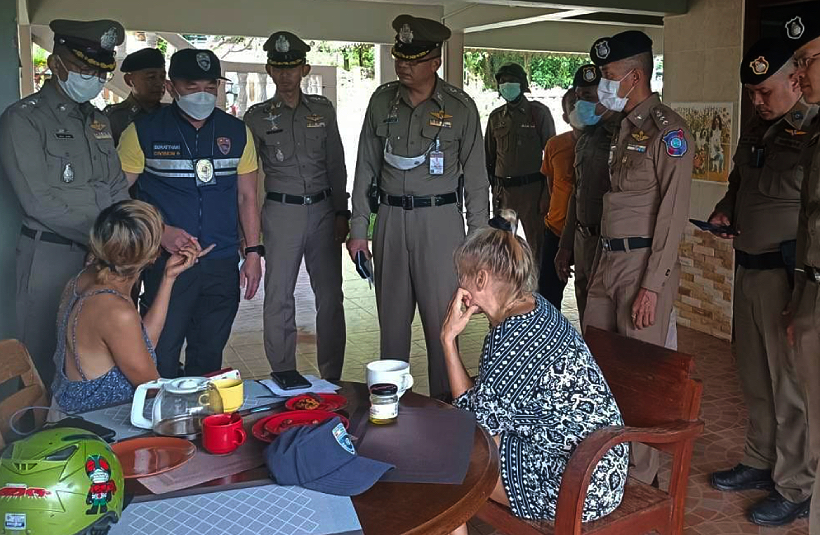 A Russian woman on Koh Samui has been caught in southern Thailand for overstaying her visa. Thai immigration officials have been taking a hardline on people overstaying the conditions of their visa.

The Russian woman tried to escape by climbing over the wall at her lodgings but was caught before she could escape. Police raided the Maret district house following a tip off from an “anonymous concerned citizen”, according to the report in The Phuket Express.

The 59 year old woman was found with 674 days of overstay. After being “assisted” down from the wall of the property by pursuing police, she was taken to Surat Thani Immigration on the mainland for questioning.

Last week a 31 year old Russian man and his wife were “bullied” into transferring crypto currency digital assets, valued at around US$50,000, to a group of six Russian men. The incident happened at a Koh Samui cafe. One of the men was caught three days later.

Tourists and foreigners, who have been updating their tourist visas for another 2 months at a time on the special ‘Covid extension’ program are being reminded that the extensions have not been continued after the end of September this year. In all cases, people overstaying tourist visas will be forced to leave the country. In some cases they may be banned from re-entering Thailand for a time, depending on their circumstances and the length of their overstay.

People visiting immigration offices in Thailand at the moment are also reminded to wear a mask inside the premises otherwise they will asked to leave and get a face mask before they will be served.