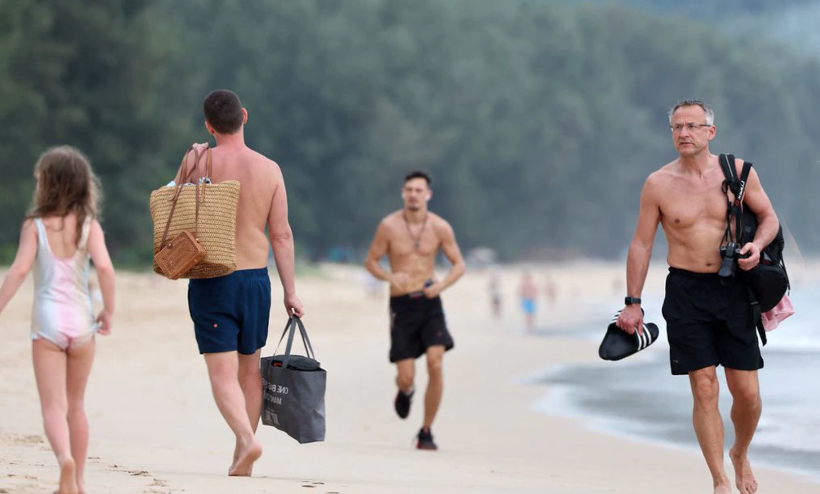 Since Russian President Vladimir Putin announced a military draft in September to send hundreds of thousands of conscripted young Russian men to fight in Ukraine, there’s been an exodus across Russian borders. Their first aim has been to escape from Russia and Russian officials, then seek refuge in countries where their passports allow visa-free arrival.

Putin’s September 21 order would draft at least 300,000 men to fight in the ongoing war in Ukraine.

For example, thousands of Russian men have fled in recent weeks across the border into neighbouring Kazakhstan. According to the Kazakh government, there has been more than 200,000 Russians arriving into Kazakhstan following the September 21 announcement.

Many, clutching backpacks, and sometimes with partners, tell officials they plan to travel on to Turkey, Egypt, the UAE or south east Asia – popular travel destinations for Russian tourists in the last decade. Some of them are hopeful they can apply for a Schengen visa so they can enter Europe.

Most south east Asian nations allow visa exemption for Russian travellers, including Thailand, where Russian travellers were a regular site in pre-Covid tourism where they were one of the top 5 feeder countries over the past decade.

Asian countries where Russians can enter without a visa…

🇵🇸 Palestine (Arrival by sea to Gaza Strip not allowed.)

From Kazakhstan there are now daily flights into Thailand, to Bangkok and Phuket. Currently 13 direct flights a week on Air Astana alone (with more planned), Russian arrivals in Thailand have surged from almost zero in the wake of the invasion of Russian into Ukraine, to becoming the second or third highest rate of arrivals in the Kingdom over recent weeks.

Since January 1 this year (up to October 8), in Phuket alone, there has been 22,879 Russian people crossing through Immigration. From April to September, Russian tourists weren’t even in the top ten. Now they are, almost all arriving from ports outside of Russia.

At this stage, the rush of new Russian exiles are not technically refugees – the Russian government still isn’t technically at war with Ukraine. According to the Kremlin, Russia is conducting a “special military operation” against its Ukrainian neighbour, despite the clear evidence of aggression and intentions for occupation and regime change.

For now, Russian citizens are able to enter Kazakhstan for short periods using their Russian ID cards – The Kazakh President Kassym-Jomart Tokayev is asking his compatriots to “welcome” the new arrivals, urging compassion in the current circumstances.

Russian companies, too, are seeking to urgently relocate across the border, seeking a new country to operate their businesses. Speaking to two visa agents this week, Phuket-Go was told there had certainly been an increase in the number of inquires from Russian businesses and businesspeople looking to relocate to Thailand.

There’s little doubt that a proportion of the current Russians arriving in Thailand over the past few weeks are seeking refuge from the Russian conscription order. They can receive an automatic 45 day entry into the Kingdom, with an option to receive an additional 30 days for 1,900 at a Thai immigration office.

How Thailand approaches the issue of extending visas for many of these unofficial “refugees” after their legal tourism visa time runs out, is yet to be seen. For now, the looming issue has not even been addressed by Thai officials.

In the meantime, Russian arrivals into Thailand will continue to increase as young Russian men flee the possibility of being sent into a war zone many of them don’t even believe in.

Read about the increase in flights from Kazakhstan HERE.

In this article:flights in Phuket, flights into Thailand, Russian tourists, visas in Thailand