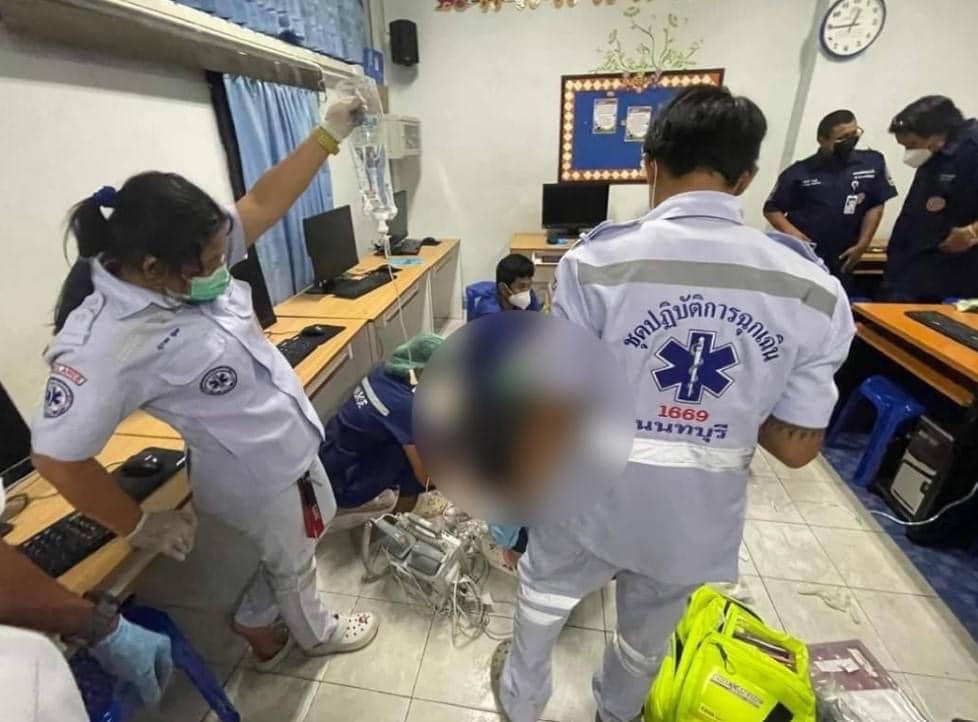 A boy has died during a computer class at a school in the central province of Nonthaburi, with early reports stating his keyboard had exploded. However, it’s now understood the boy was allegedly shot by a fellow classmate.

In the original story reported by Nation Thailand, the boy had just switched on his laptop when there was a sound, described as an “explosion” and the boy sustained a serious head wound. He died as rescue workers were providing first-aid.

Bangkok Post has now confirmed that a student had been showing off his gun and dropped it on the keyboard. The gun went off and the bullet killed his 14 year old friend Noppasil Ngamsud.

The incident took place yesterday afternoon, at the Wat Lat Pladook School, in the district of Bang Bua Thong. Witnesses later reported damage to the boy’s keyboard and it was initially thought the keyboard had exploded and killed him. At the time, a source at the school said the computer was brand new and had only been used for the first time on Monday.