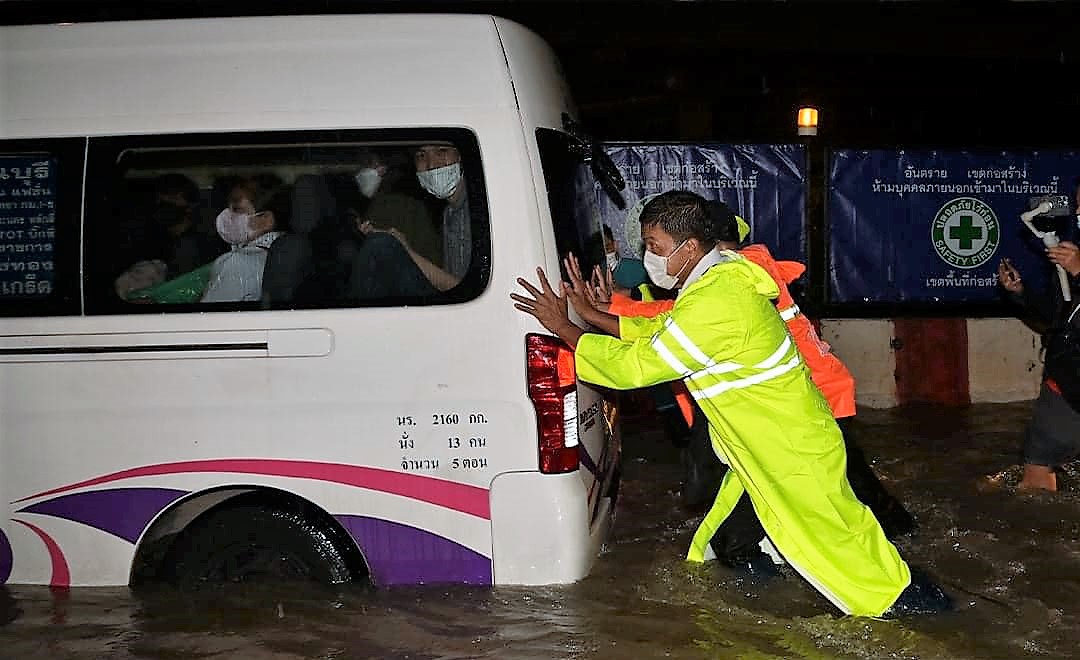 Severe flooding has affected several areas in Bangkok, following torrential rainfall that started yesterday evening and continued into the early hours of this morning, adding more pain to the morning peak.

Nation Thailand reports that many roads were cut off due to floods, with motorists forced to abandon their vehicles and wait for the waters to recede. A rush of Bangkok residents travelling home from work yesterday evening also resulted in severe traffic congestion in the capital.

The Royal Thai Army has stepped in, with 4-wheeler trucks sent to the Wat Phra Sri Mahathat BTS station, where commuters had been stranded as a result of flood waters. The rescued commuters were dropped off on Ram Inthra and Chaeng Watthana roads.

There is more heavy rain to come for many parts of Thailand, with the Thai Meteorological Department warning of the risk of flash floods between now and Friday. The wet weather is the result of a monsoon trough over the lower North and Northeast, as well as the southwest monsoon trough in the Andaman Sea, Gulf of Thailand, and other areas.

The TMD has forecast more isolated heavy to very heavy rain for Bangkok and the Central region, along with the North, Northeast, East, and South. Don’t leave home without your umbrella, at least for the next few days.