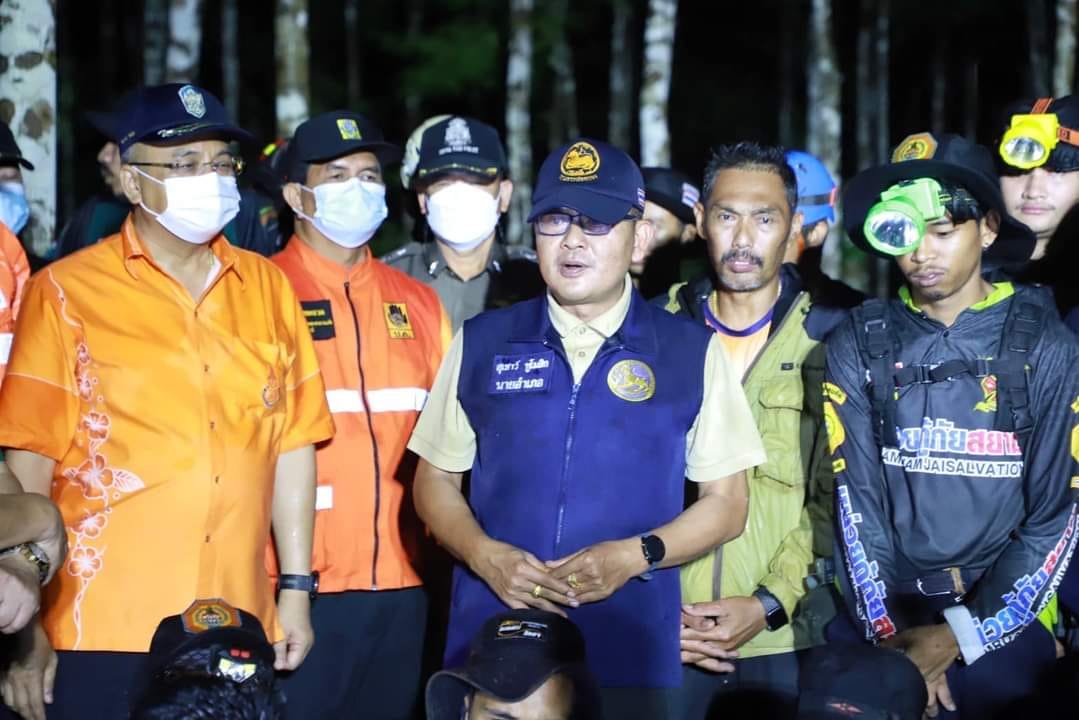 A French man who went missing in Khao Sok National Park in Surat Thani has been found dead. Gollino Cyrit Tizzlano had been missing for 5 days when rescue workers located his body, which was stuck on a cliff. It’s believed the man may have fallen down the cliff while attempting to find his way out of the jungle.

Mr Tizzlano was reported missing to police on November 15 by the owner of the resort he’d been staying at. He had been due to check out on November 14 but the owner said she had not seen him since he left on November 12 to go for a walk in a nearby forest.

The man’s mother had also contacted the French Embassy in Thailand to say she had not been able to reach her son since November 12.

A search operation was launched by Phanom District officials, the Phanom police, officers from Khao Sok National Park, and other rescue workers.

Local residents reported seeing Mr Tizzlano heading up Nang Phanthurat Mountain with a drone at around 11am on November 12. It’s understood that at around 4pm he asked some locals for help in finding his drone, which had fallen down into the forest below.

According to the report, the French man offered to pay local residents 2,000 baht for their help in locating the drone. However, they refused, telling him it was getting dark and that the jungle was dangerous at night. They advised him to return the following morning instead.

The Phuket Express reports that local residents say they heard a sound like knocking on wood from the base of Nang Phanthurat Mountain at around 10pm on November 16. The following morning, officials set up an Emergency Operations Centre at the base of the mountain.

At around 12.30pm on November 17, rescue workers located Mr Tizzlano’s body, which was stuck on a cliff. They believe he may have fallen, but the body has been taken to a nearby hospital where the exact cause of death will be determined.