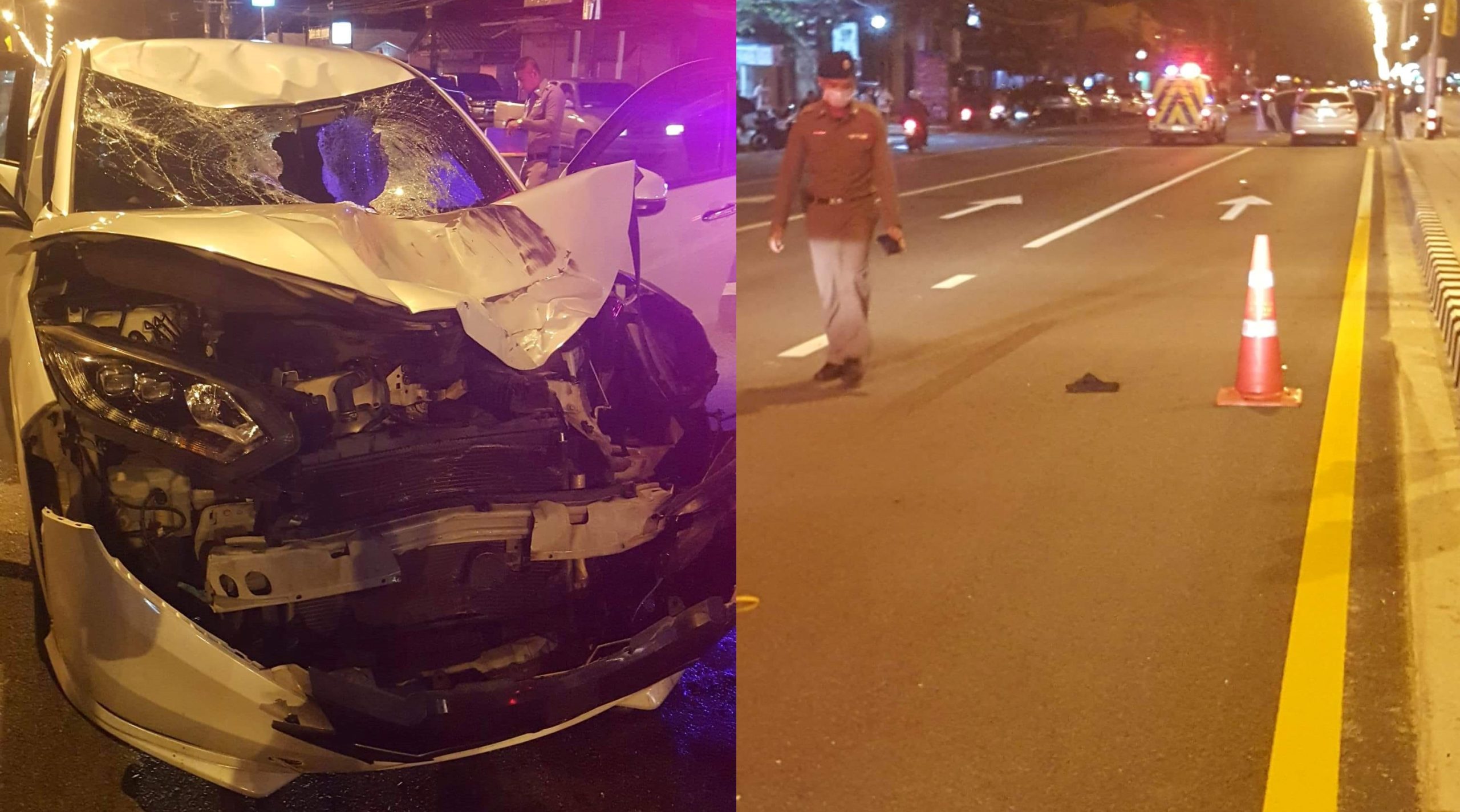 Rescue workers found a badly damaged car at the scene, with the driver, named only as 26 year old Paramet, waiting for police. It’s understood the car driver was uninjured and cooperated with police officers. Nearby, first responders found an injured foreigner, later confirmed to be of Swedish nationality. The unnamed man was severely injured and subsequently pronounced dead at a local hospital.

According to the report, CCTV footage of the scene shows the Swedish man was crossing the road when Paramet approached in his white sedan and collided with him. According to Khao Lak Police, Paramet has been arrested and faces charges of reckless driving causing death.