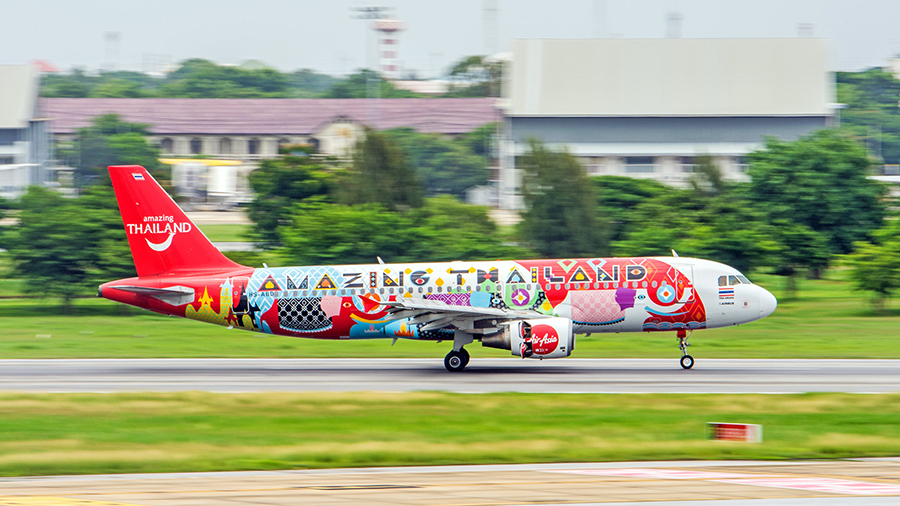 Thai AirAsia is launching new aircraft paint jobs based on the ‘Amazing Thailand, Amazing New Chapters’ campaign being run by the Tourism Authority of Thailand. TAT governor Yuthasak Supasorn says the livery will showcase new travel destinations and experiences in the kingdom and will be on show on the airline’s domestic and international routes, including on flights to India and in the ASEAN region.

Yuthasak says the TAT and Thai AirAsia have also pledged to continue working together to boost tourism in the kingdom during the last quarter of the year.

The TAT has outlined a best and worst-case scenario when it comes to tourism revenue. In its worst-case scenario, Thailand’s travel tzars predict tourism could pick up in the last quarter of the year and then return to 80% of pre-Covid levels by the end of 2023, thereby generating revenue of 1.73 trillion baht.

Meanwhile, Santisuk Klongchaiya, Chief Executive of Thai AirAsia, says the carrier is gearing up for the revival of tourism, resuming its domestic and international schedule, as well as introducing new routes.

“AirAsia has resumed its domestic network, including regional connections, and is ready to bring back international routes continually. We have seen an excellent response in the Indian and ASEAN markets and recently launched a direct flight to Fukuoka, Japan.”

As part of its campaign with the Tourism Authority of Thailand’s, Thai AirAsia is offering special fares, discounted by up to 30%, on domestic flights. The special fares are available for booking until September 18 and valid for travel between October 12 and March 23, 2023.