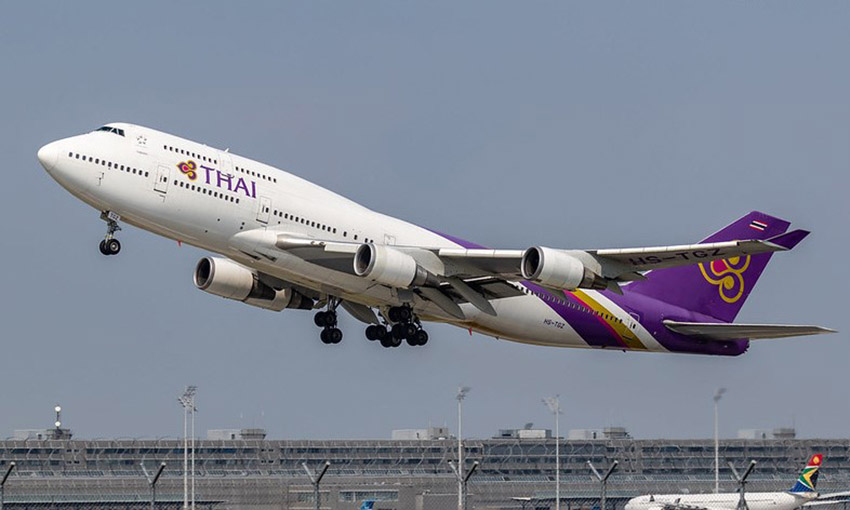 Thai Airways is responding to, what is describes, as an uptick in demand by “expanding its fleet” and resuming flights on a number of routes this month. According to a TTR Weekly report, Thailand’s flagship carrier, which is currently going through a financial rehabilitation process, has deployed 3 new Boeing 777-300ER aircraft to meet increased demand.

The airline is thought to be moving closer to meeting the revenue goals outlined in its rehabilitation plan. The additional Boeing 777 aircraft will operate on routes to the UK’s London Heathrow, as well as Tokyo and Osaka in Japan. The aircraft has a 3-class configuration of First, Business (Royal Silk) and Economy class, with a total capacity of 303 passengers.

The national carrier will also resume flights to Fukuoka and Tokyo at the end of the month, using A330 aircraft, along with flights to Mumbai in India and Jakarta and Denpasar in Indonesia, using Boeing 777-200ER aircraft.

According to the report, Thai Airways claims an average cabin factor of 80% during the first 10 days of this month. Daily average passenger pick-up was 17,554, compared to just 2,092 in January.

It’s understood bosses at the airline are confident of high passenger demand in the last quarter of this year and first quarter of 2023, based on ongoing improvements seen since international borders began to re-open earlier this year.

In this article:aviation, Thai Airways, Thailand