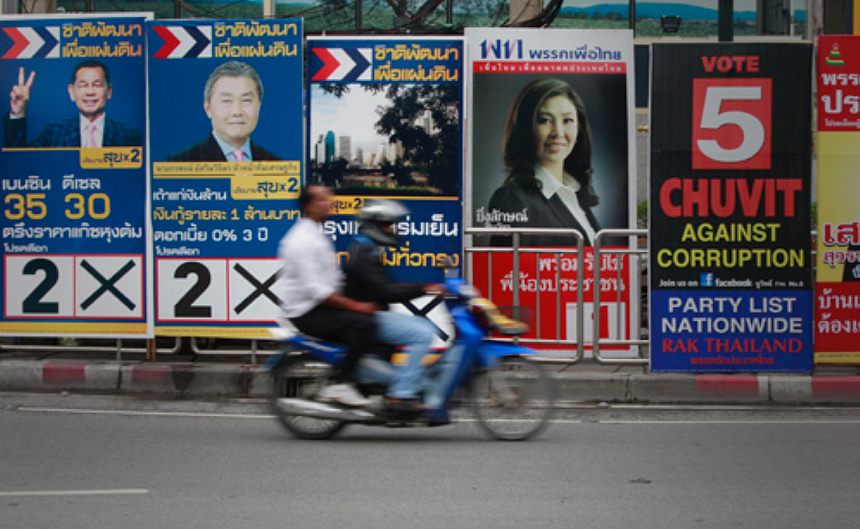 Yesterday the Thai PM Prayut Chan-o-cha was asked by the media, as he was leaving the cabinet meeting, if he was considering dissolving the current parliament early (it has another four months to run). He said ‘no’ and appeared bewildered as to where the “rumours” had started.

He then sent out his loyal side-kick, deputy PM and recent acting prime minister, Prawit Wongsuwan who, when asked the same question, gave a resounding and grumpy “no”. And that was that.

The general tone of the rumour is, that with the high profile APEC meeting coming up, with lots of photos of world leaders shaking hands with Prayut Chan-o-cha, that the ruling coalition would call for an early election as they bathed in the media sunshine.

If the coalition government, and Prayut, allows the current parliament to run its full term, it will run up to March 23 and an election likely to be held on May 7, 2023.

Meanwhile, the opposition Move Forward Party – one of two major opposition parties, including Pheu Thai – has decided on a risky tactic of including amendments to Article 112 law, the lèse-majesté law, as a policy pledge in the lead up to the next election.

“Whoever defames, insults or threatens the King, the Queen, the Heir-apparent or the Regent shall be punished with imprisonment of three to 15 years.”

In further reference to the same topic, Article 6 of the Thai constitution states…

“The King shall be enthroned in a position of revered worship and shall not be violated.”

It’s a risky move for Move Forward given that it drags the taboo topic of the Thai Head of State into the lowly realms of Thai politics. But there has been a growing number of Thais, in poll after poll, who believe it is high time to amend the draconian ‘royal defamation’ laws that are wielded often by Thai courts.

The only other party that may support Move Forward in this campaign is Pheu Thai who, at this time, has not included any discussion on Article 112 in their published platforms.

Move Forward also risks possible dissolution after an official complaint has already been made to the Electoral Commission, a body who has steadfastly supported the conservative side of Thai politics since the 2019 general election.

Lèse-majesté prosecutions have risen sharply under the stewardship of Prayut Chan-o-cha and the conservative members of the current coalition. Royalists insist that there is no possibility of amending the current laws.

The proposed changes to the law would remove lèse majesté as a criminal offence and place it under a new chapter in the Thai Constitution relating to the monarch’s “honour”, attracting a much lighter sentence.

In other early election manoeuvring, the BhumJaiThai party’s support for the decriminalisation of cannabis and hemp (or at least the delisting of the substances from the Category 5 illicit drug list on June 6 this year) is looking like being an equally risky stance in the lead up to the next election.

The Cannabis Bill, a listing of guidelines and legal framework for the use, consumption, commercialisation and cultivation of the plants, is in political limbo with only MPs from the BhumJaiThai party, led by deputy PM and health minister Anutin Charvirakul, still supporting the Bill. And even some of the staunch support from within BhumJaiThai is now evaporating in the heat of the negative public commentary and recent studies showing the uptake of cannabis, for recreational purposes, by Thai youth.

If the Bill can’t get passed in the remaining sessions of this Thai parliament, it is likely that the June 6 announcement to delist cannabis from the Category 5 drug list could be reversed. In the meantime, a ‘Wild West’ attitude by entrepreneurs and supporters has seen an enormous proliferation of retail shops springing up around the country, and tens of millions being poured into cultivation enterprises – all while the Cannabis Bill sits in a parliamentary pile gathering dust.

Watch for a busy few months of political-swap-meet where MPs will be fishing around for a new home, maximising their chances of attracting votes.