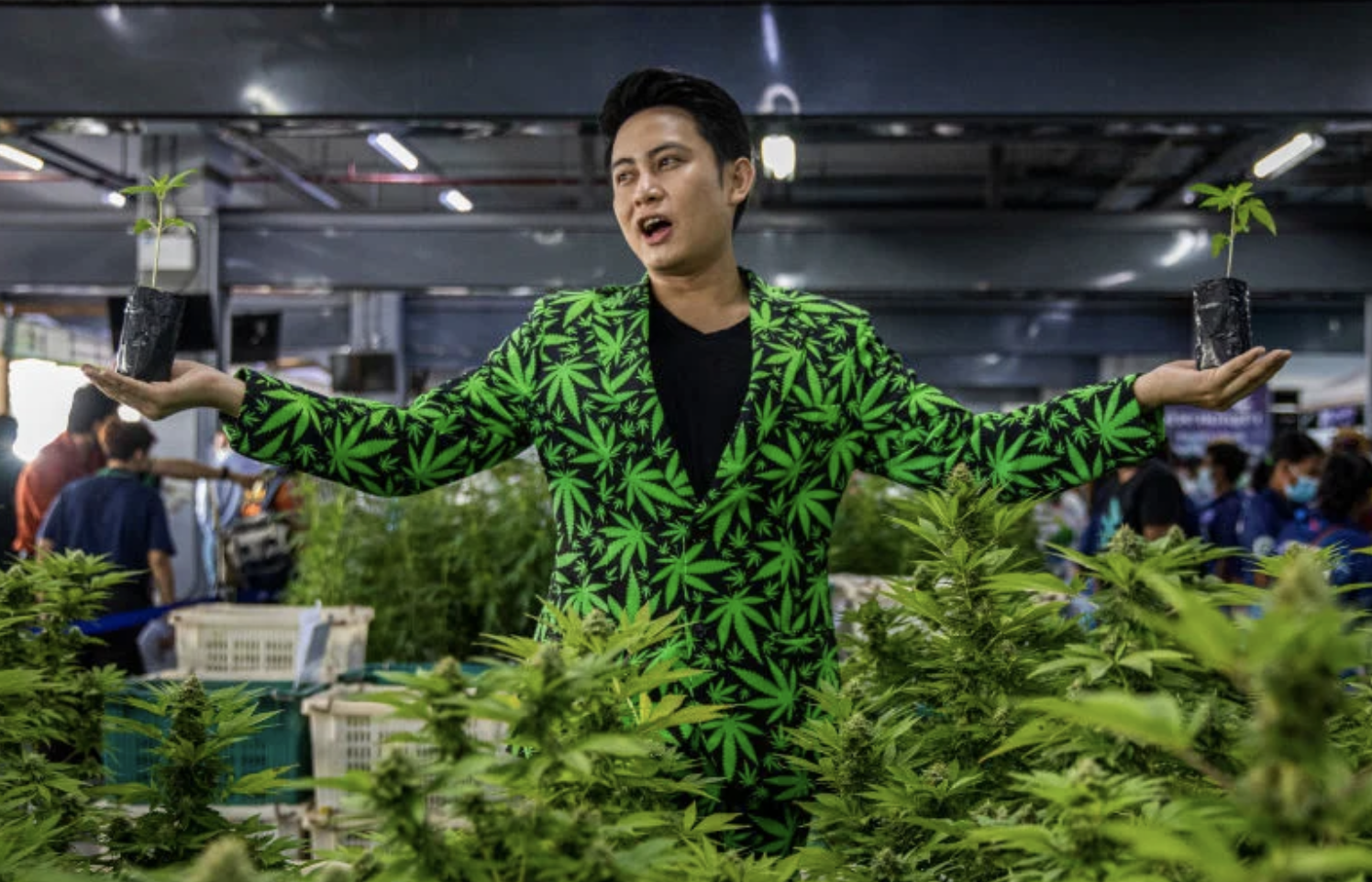 Thailand’s Cannabis Bill, the laws and guidelines that would clarify the June 6th ‘decriminalisation’ of cannabis, is dead in the water. For now anyway.

Yesterday the Democrats, one of the key parties in the government coalition, voted down the first reading of the Cannabis Bill.

The draft, proposed by the BhumJaiThai Party, with public health minister Anutin Charvirakul at the helm, will now head back to the writers for revision.

The Democrats say that there the current Bill has too many loopholes and lacks clarity when it comes to who can grow new cannabis plants, and the extended problem of possible recreational use.

The lack of guidelines following the June 6, 2022 announcement to remove cannabis from the list of illicit drugs in Thailand, has spawned a burgeoning defacto cottage industry. Enthusiasts have already started investing in, what they thought, was a new era of cannabis liberalisation in the south east Asian country.

With the current Bill likely to go back from a more rigorous re-write, including a clear ban on recreational usage of cannabis products, the confusion will continue to reign well into next year.

Meanwhile, if you were walking along some of the tourist streets of Thailand you would have thought Thailand had become the new “Asian Amsterdam” with shops opening faster than enthusiasts can roll a joint. Every week now there is a new symposium or event promoting the wonders of cannabis and exalting the virtues of cannabis and marijuana-infused creams, potions, medical treatments, food and drinks.

Legal or otherwise, this genie is out of the bottle and gives Thai police and politicians a new headache about how to contain the proliferation of misinformation about the original “decriminalisation” announcement, as well as shutting down the new cottage industry that’s blossomed since June 6.

Without clarity, it also puts people using cannabis products in public at risk of being arrested by police. But, to date, police have been reticent to do much about the open use of cannabis and marijuana as they simply have no clear ‘laws’ that they can act on.

The Democrats have also insisted that the original announcement to take cannabis off the list of illicit drugs list in Thailand, be rescinded. Without the voting MPs from the Democrat Party, the current coalition government would lose its majority in a house vote.

In this article:Cannabis Bill, decriminalisation, drug laws in Thailand, marijuana in Thailand