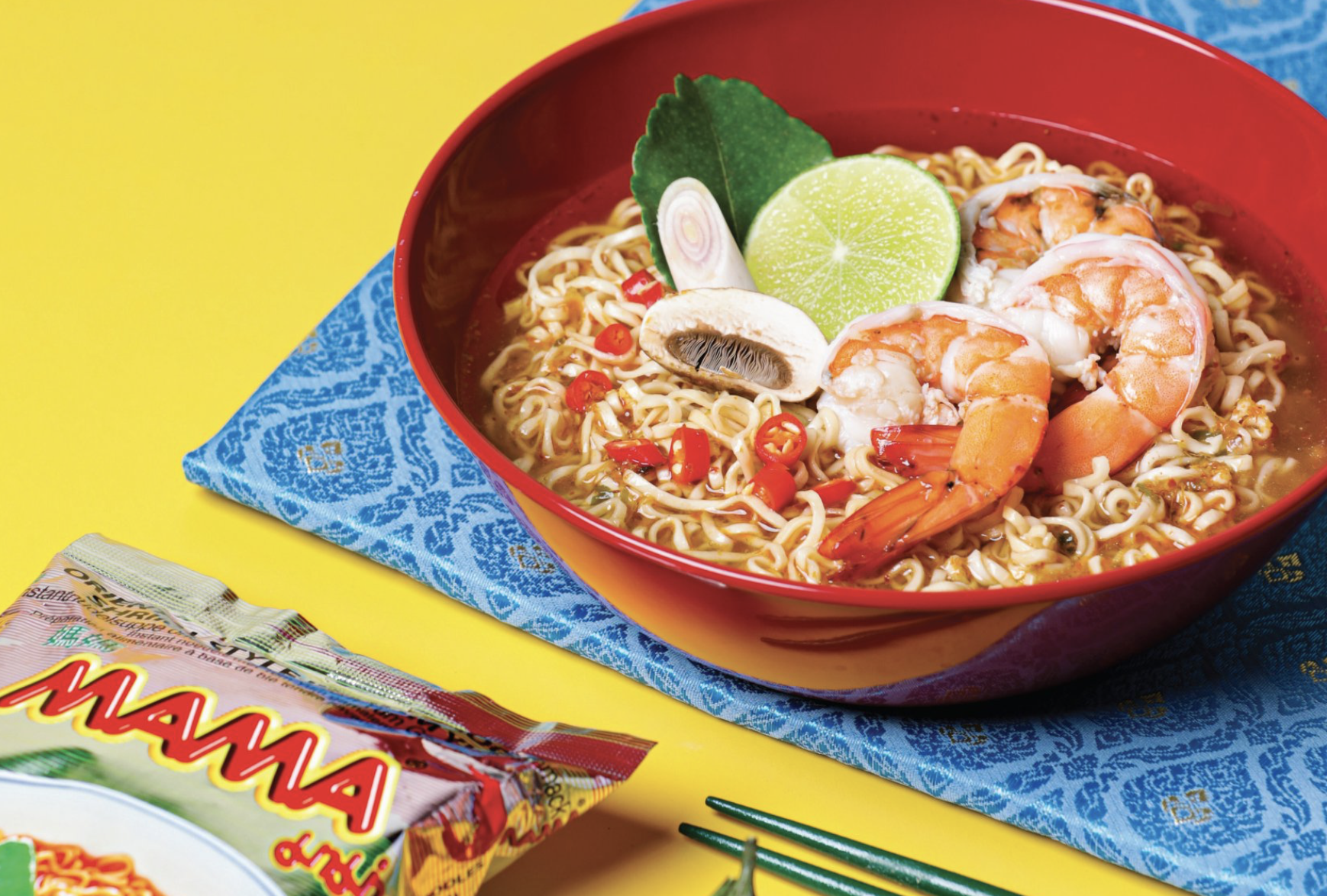 Noodles up. And it’s the first time the price of noodles has risen in over a decade in Thailand – another sign of domestic inflation starting to impact the Thai economy.

Mama, Wai Wai and Yum Yum brands have been permitted to raise their packet noodle prices by one baht per packet by the Commerce Ministry.

Noodle prices, considered a staple part of the Thai diet, are controlled by the Ministry of Commerce and the country’s major brands had to apply for the price rises to keep up with, what they described as, soaring production costs.

The Ministry and the Internal Trade Department studied all aspects of the companies’ applications, including raw materials such as wheat, palm oil, packaging, energy and labour costs to produce the noodles, and acknowledged that their production costs had risen, as claimed.

Originally five noodle producers applied for a rise from 6  to 8 baht per packet of noodles – a 33% price hike – but the Ministry limited the rise to just one part, still a 16.5% price rise.

There are two other noodle companies that have applied for the price increase but are yet to be approved by the Ministry at this stage. One of the companies, Chokchaipibul, the manufacturer of the Suesat brand, is yet to submit their details of costs to the department.

Mama, which has become a generic name for noodles in Thailand, is a popular lunch or dinner, sometimes with added meat or vegetables, or just heated up in the microwave for a quick, and cheap, snack, although just a bit more expensive from now on. Be careful! Some of the packet noodles, off the shelf, can be VERY spicy – proceed with caution.

In this article:cost of noodles, Mama noodles, noodles in Thailand, Thai economy