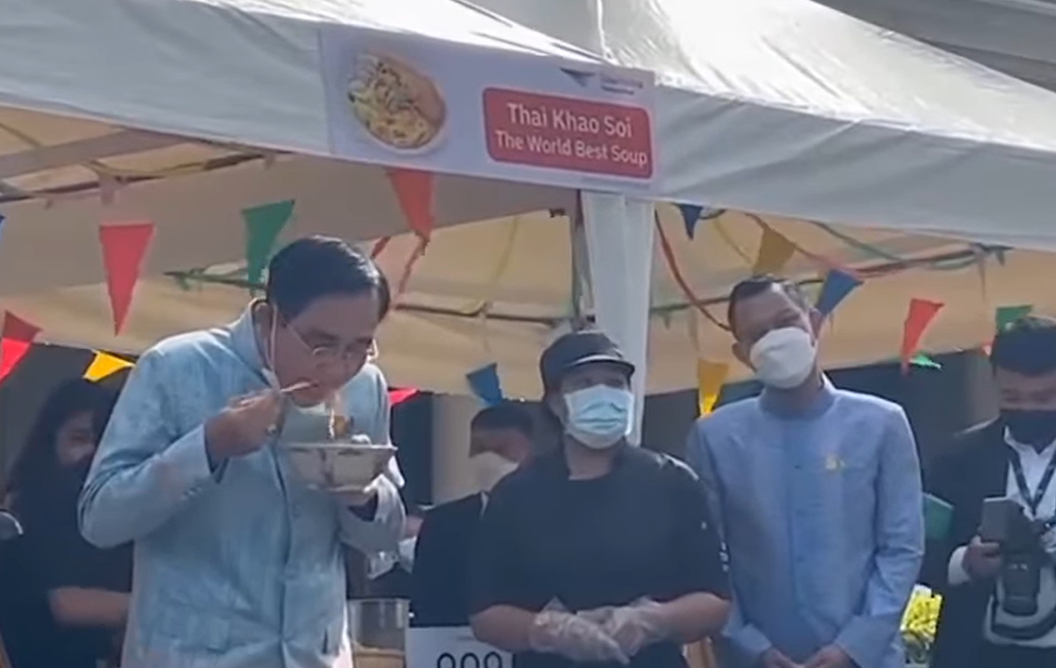 The Thai PM has praised the kingdom’s cuisine, as a famous dish from the north of the country has been named World’s Best Soup. Khao Soi, a soup of curried noodles, usually made with chicken, came in at number 1 on a list of 50 Best Soups in the World.

PM Prayut Chan-o-cha exalted the tastes of Thai food following the announcement and welcomed the news that it was becoming more well-known overseas.

“It’s good news that Thai food is becoming so well known among foreigners.”

Khao soi is a Chin Haw dish served in Laos and northern Thailand. A comparable dish, ohn no khao swè, is widely served in Myanmar. The name means ‘cut rice’, although it is possible that it is simply a corruption of the Burmese word for noodles – “khao swè” – which may account for the variations – Wikipedia

According to a Nation Thailand report, PM Prayut Chan-o-cha was speaking at Government House in Bangkok, as he attended an exhibition to promote Thai food. The exhibition was organised by the Digital Economy and Society Ministry.

The PM credited Khao Soi with being part of the country’s “soft power” push to give the economy a much-needed boost. He called on the ministry and event sponsors Thailand Post to continue promoting Thai cuisine with the help of social media influencers and You Tube videos.

The list of the world’s best soups was published by culinary website, TasteAtlas, which collates recipes and reviews from food critics around the world.

“A signature dish of Northern Thailand, Khao Soi is a delicious coconut soup in which numerous regional influences are combined to create a truly spectacular dish.”

His tasty snack may have been a welcome distraction for the PM, who is currently facing pressure to resign as early as next Tuesday, due to a dispute over when his term should end. 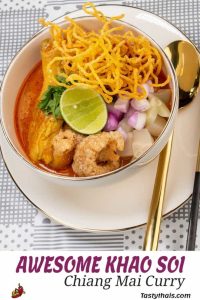