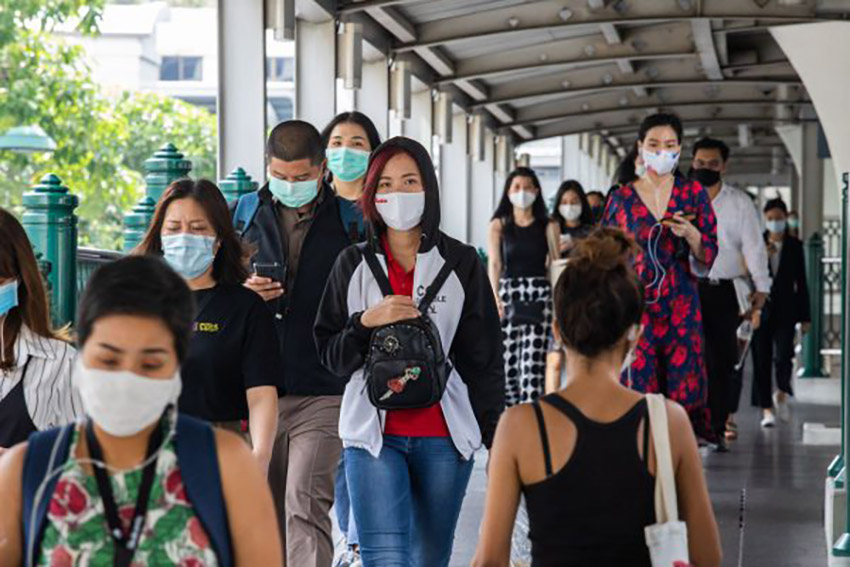 A prominent Thai virologist says there is a downward trend in the number of severe Covid-19 cases in the kingdom. This follows a declining daily trend in the number of new infections and overall cases being treated in Thailand. Dr Yong Poovorawan, from Chulalongkorn University, credits high vaccination rates and improved treatment and diagnostics for the positive development.

According to a Nation Thailand report, Dr. Yong says the severity of the virus has been on a gradual downward trend since it first emerged in China towards the end of 2019.

The virologist, who heads up the university’s Centre of Excellence in Clinical Virology, took to his Facebook page, posting about Covid-19’s mortality rates of between 3 and 5% in the early days, compared to today’s much-improved situation as the virus has gone through various mutations.

“As new waves occurred, we saw a declining trend in disease severity.”

Yong adds that data from the United States Centres for Disease Control and Prevention indicates that hospitalisation during the Omicron waves dropped to 4.9%, whereas the hospitalisation rate during the Delta outbreak was over 15%.

“In Thailand, the mortality rate of Covid-19, when it first spread in the country (in 2020), was around 1%. This has dropped to less than 0.1% these days, while the hospitalisation rate has also declined significantly, with most new patients being treated at home now.”

Yong says Thailand’s high vaccination rate has helped to create some herd immunity, leading to a decline in the rate of severe illness.

“Furthermore, diagnostics methods and technology have also improved over the years, resulting in faster, more accurate detection of infections, and therefore improving the chance of a cure. We have also developed more efficient drugs to counter symptoms and reduce the chance of hospitalisation and death.”