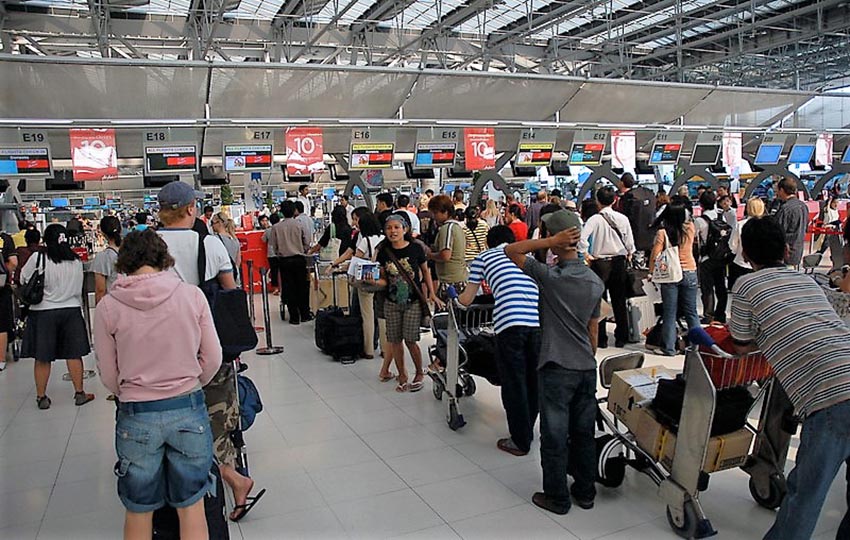 Thailand’s Transport Minister, Saksayam Chidchob, has told the country’s aviation agencies to learn lessons from Europe and the US and get ready for a busy peak season. The Civil Aviation Authority of Thailand and Airports of Thailand have been told to expect up to 19 million passengers in the last quarter of 2022, according to a Bangkok Post report.

As travel restrictions ease globally, the US and Europe have struggled with a surge in air passengers, with huge flight delays and around 100,000 flight cancellations across Europe since April. The US has had at least 20,000 cancellations within the last 3 months and Saksayam says Thailand must learn from what’s happening overseas.

The problems with staffing and supply chains have provided a stark lesson for Thailand as the tourist arrivals start building. So far there has been little similar disruption from Thailand (only a notable check-in disaster earlier this month with Thai Airways).

There are several reasons for the chaos in Europe and the US, including a shortage of workers following Covid-19 layoffs, a rapid rise in passenger numbers, and a number of strikes taking place at several airports.

Thailand welcomed around 1.08 million foreign travellers between January 1 and May 20 this year, with the number expected to rise to 6 million in the second quarter, then growing slowly in the low season, before increasing again and surging in the last quarter, according to forecasts from the CAAT and AoT.

The Bangkok Post reports that the Civil Aviation Commission has agreed to extend financial measures for airlines serving Thailand for another quarter. This includes a 50% discount on landing and parking fees and a waiver for airlines forced to suspend operations. The measures apply to both international and domestic flights.

The commission will also extend credit terms for paying the regulatory fee applicable to arriving and departing flights from 15 to 90 days, as well as suspending the fine for late payment.

In this article:aviation, Civil Aviation Authority of Thailand, flights to Thailand, Thailand, tourism