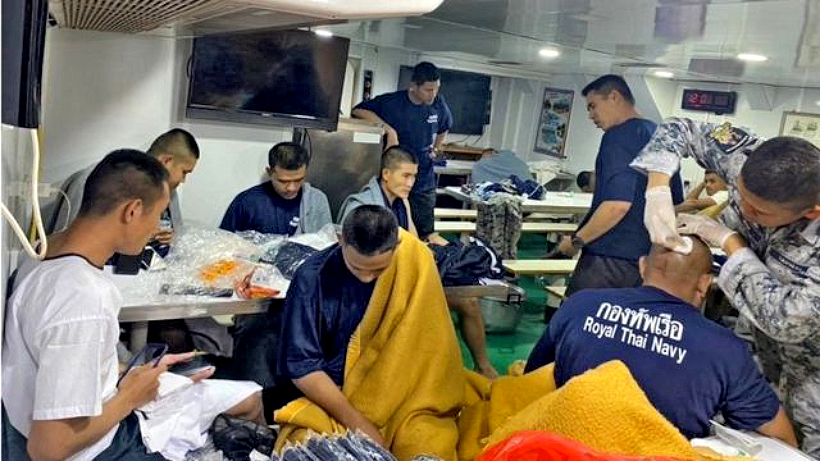 An air and sea search for the 30 missing crew (some media report up to 33) of the HTMS Sukhothai frigate continues. One crew member was found and rescued yesterday but fears remain for the welfare of the remainder of the missing crew. It was also revealed this morning by a spokesperson for the Navy that there were weren’t sufficient life vests available for all crew on the ill fated vessel.

There were 106 crew on board HTMS Sukhothai before the incident on Sunday evening around 11.30pm. 75 of the crew were rescued on the first day after life rafts were deployed. A nearby oil tanker responded to the vessels’ SOS alerts.

“All the men had been trained in survival techniques at sea, including swimming from one island to another, and how to stay afloat with a life vest, adding that being a good swimmer is not necessarily the best way to survive, but using as little energy as possible while in the sea.”

He also confirmed at there were four generators in the HTMS Sukhothai.

“When one malfunctioned, there were three in reserve, but this time none of them functioned, because sea water leaked into the engine room.”

In contrast to earlier reports, he admitted that there were not enough life vests on board… “but the Styrofoam boxes containing the life vests could be used as floatation devices”.