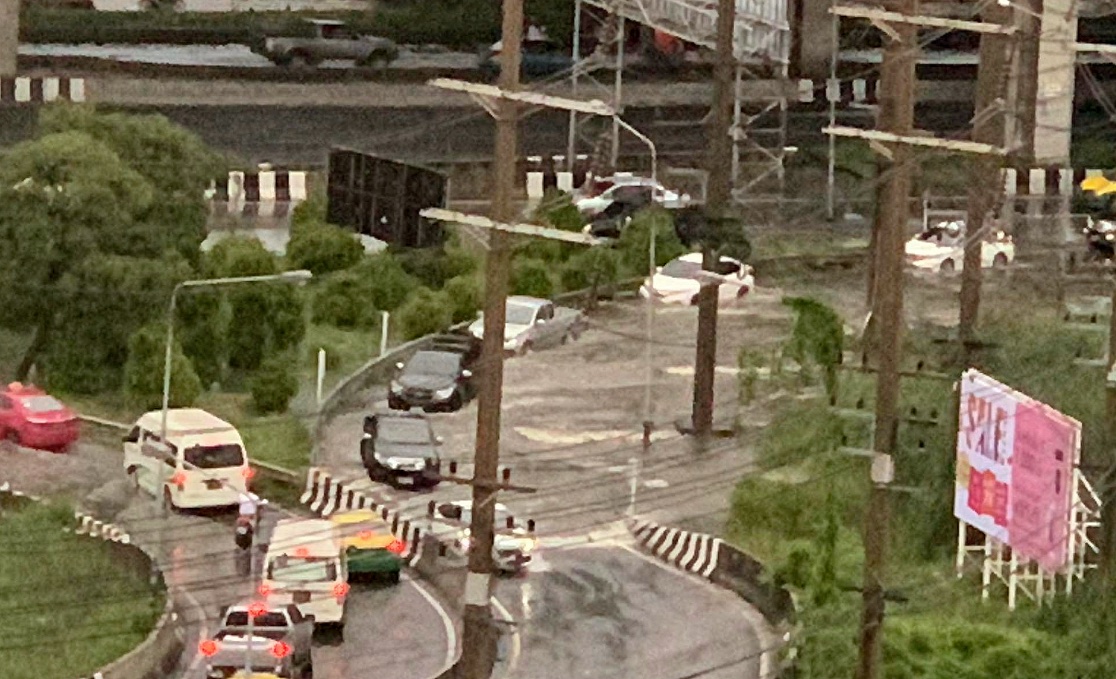 According to Thai Rath, the rain arrived on queue as the evening peak started resulting in traffic gridlock and localised flooding making the journey home both long and wet. 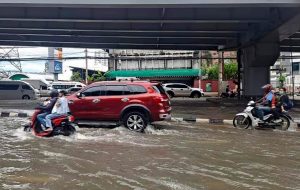 Areas around Sukumvit and north of the main city area appear to have been the worst hit. In some cases, in areas around Victory Monument, the rising water caused smaller cars to stop entirely, some drivers fleeing their cars in fear of their lives.

The Thai army was called in around the the Ramkhamhaeng and Chaeng Wattana areas using large vehicles tow some vehicles out of the water and take people home. Not that they were much more successful than the rest of the traffic as things ground to a halt at major junctions around the city.

A number of schools and universities in Bangkok have also been closed today due to heavy flooding in many areas of the capital.

Kasetsart University’s demonstration school posted a notice that areas surrounding the university and the school are flooded, making it extremely difficult for students to attend classes in person.

Students who arrived at the school this morning were told to return home and to study online.

Meanwhile, heavy rain in the Sanak Thong area of Rayong, just south of Pattaya, villagers had to help pull a school bus full of students out of the surging waters. Everyone was OK. 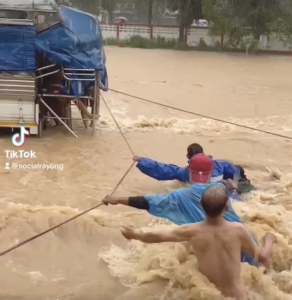 Temperatures of 28 – 30 degrees and rain is forecast all the way up to this Saturday in the Thai capital.

You may need your umbrella, patience and a Plan B, or all three, for the rest of this wet week.

In this article:floods in Bangkok, Sukhumvit floods, torrential rain, traffic delays in Bangkok