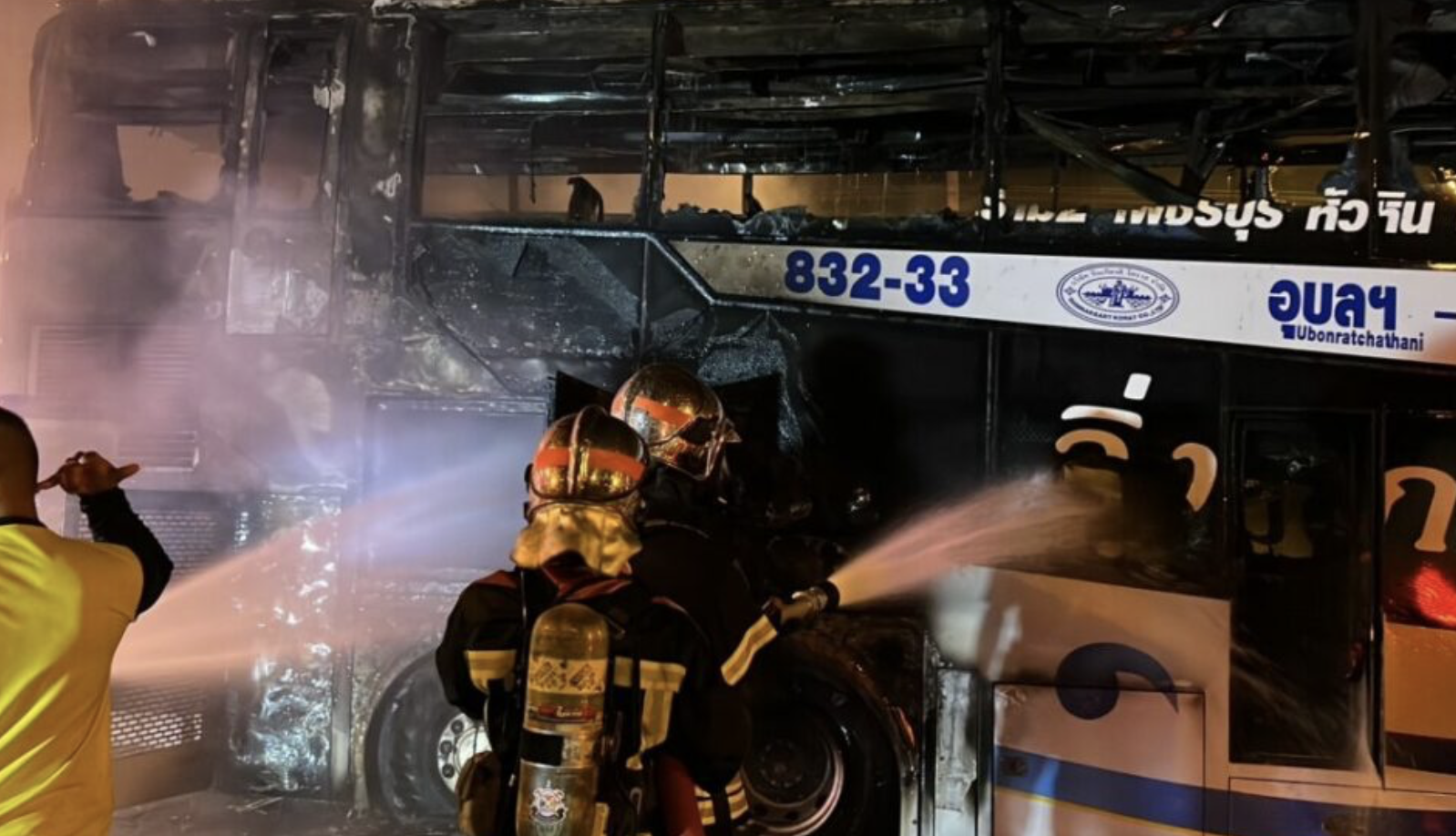 A tour bus heading for Phuket has caught fire, after a tyre exploded, on Rama 2 yesterday morning. The bus was travelling along the Ratchathani-Phuket route at the time.

21 passengers were able to get off the bus before it was overwhelmed by the blaze. Police and fire fighters arrived at the scene and reported that there were no injuries or death as a result of the incident. It took around 45 minutes to extinguish the blaze.

The 59 year old bus driver told police that the tour bus was on its way from Ubon Ratchathani in north eastern Thailand to the southern island of Phuket.

“While driving through Samut Songkram, just south east of Bangkok, the right rear tyre reportedly ‘exploded’, so I immediately parked the bus on the side of the road to check the tyre.”

A fire started quickly spreading to the rear of the bus and around the gas tank so the driver quickly ushered the passengers, many of them sleeping at the time of the incident, off the bus to safety. Police are continuing their investigations.