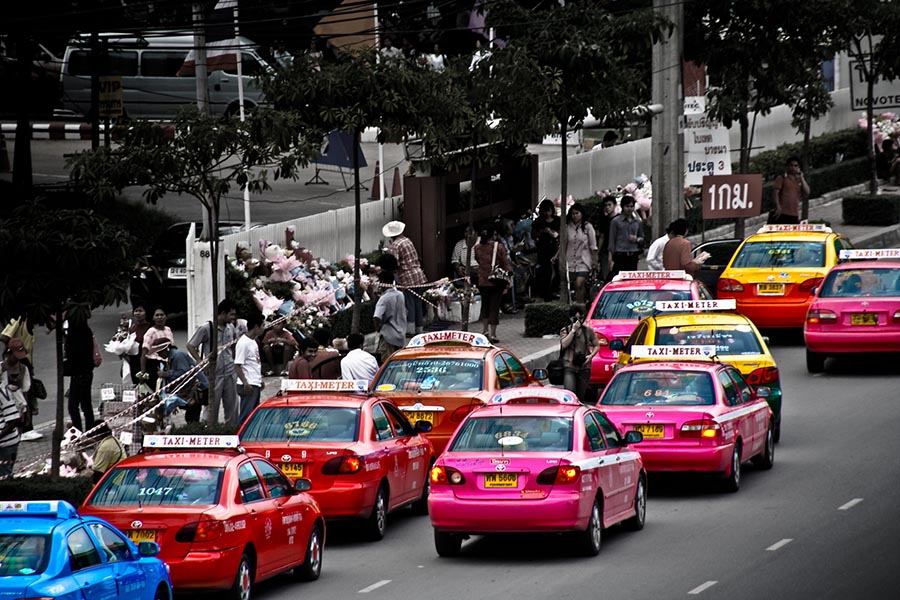 A spokesman for the Tourist Police Bureau says the office has received a wave of complaints about Thai taxi drivers who refuse to pick up passengers when it’s raining. Apichat Suriboonya says such actions risk damaging the country’s reputation and having a negative impact on tourism.

“Many cab drivers refused to pick up passengers who hailed them in tourist areas, particularly during heavy rain. This act is severely damaging the image of Thailand’s tourism.”

Apichat slammed the drivers for what he called their “lack of professionalism” and said any passengers who’d been refused service from a taxi driver should take a photo of the vehicle’s licence number and file a complaint via the 1155 hotline. He added that the penalties imposed on drivers found guilty of such offences would have a severe effect on their livelihoods.

“The Tourist Police will then work with relevant agencies, particularly the Department of Land Transport, to take action against the cab drivers responsible.”

Nation Thailand reports that for years, Bangkok residents have been complaining about taxi drivers who refuse to pick up waiting passengers during rush hour or in heavy rain. Such actions are illegal under the Land Traffic Act and drivers who refuse passengers risk being fined up to 1,000 baht and possibly losing their driving licence.

Data from the Department of Land Transport shows that in 2018, the department received around 50,000 complaints from passengers who’d been rejected by taxi drivers. This was an increase of 10,000 compared to the year before. The records show that around 80% of accused drivers were penalised.