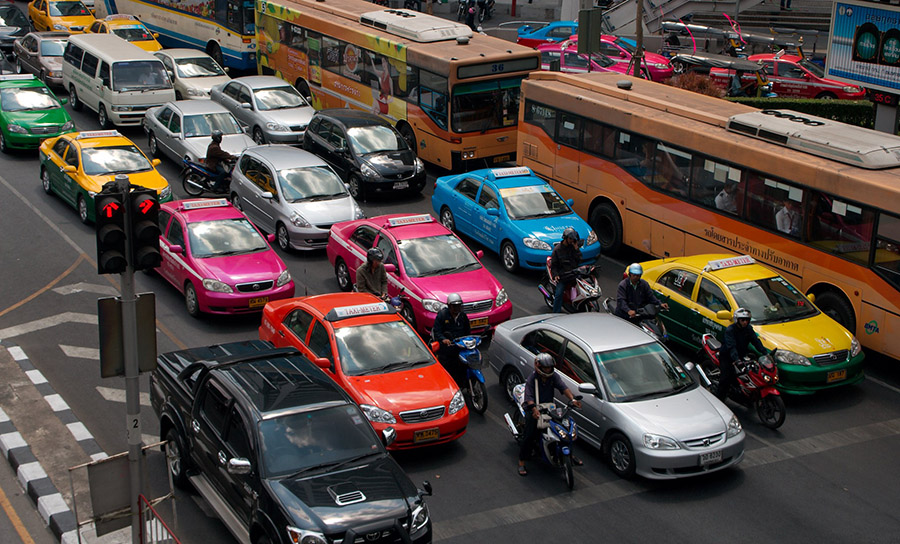 It seems the Tourist Police in Bangkok have had enough and intend to show taxi drivers in the capital that they can no longer break the law. 4 Bangkok taxi drivers have been arrested on various charges that the tourist police say risk damaging the capital’s “reputation”. The arrests follow an earlier warning from the city’s Tourist Police that taxi drivers who refuse passengers will be penalised.

Apichat Suriboonya, spokesman for the Tourist Police, says 4 drivers have been arrested for offences that could negatively impact tourism. The crackdown on such taxi drivers has been ordered to protect both passengers and the country’s reputation, Apichat adds, slamming the drivers for what he called a ““lack of professionalism”.

“All Tourist Police units have been tasked with closely monitoring taxi drivers to ensure they follow the law and do not take advantage of passengers. Offences such as refusing passengers, refusing to use the metre, overcharging, and leaving passengers stranded will result in the highest punishment by law.”

Apichat says the 1155 Tourist Police hotline has received a rash of complaints about taxi drivers recently, with passengers reporting drivers for refusing to pick them up, instead leaving them stuck in the rain.