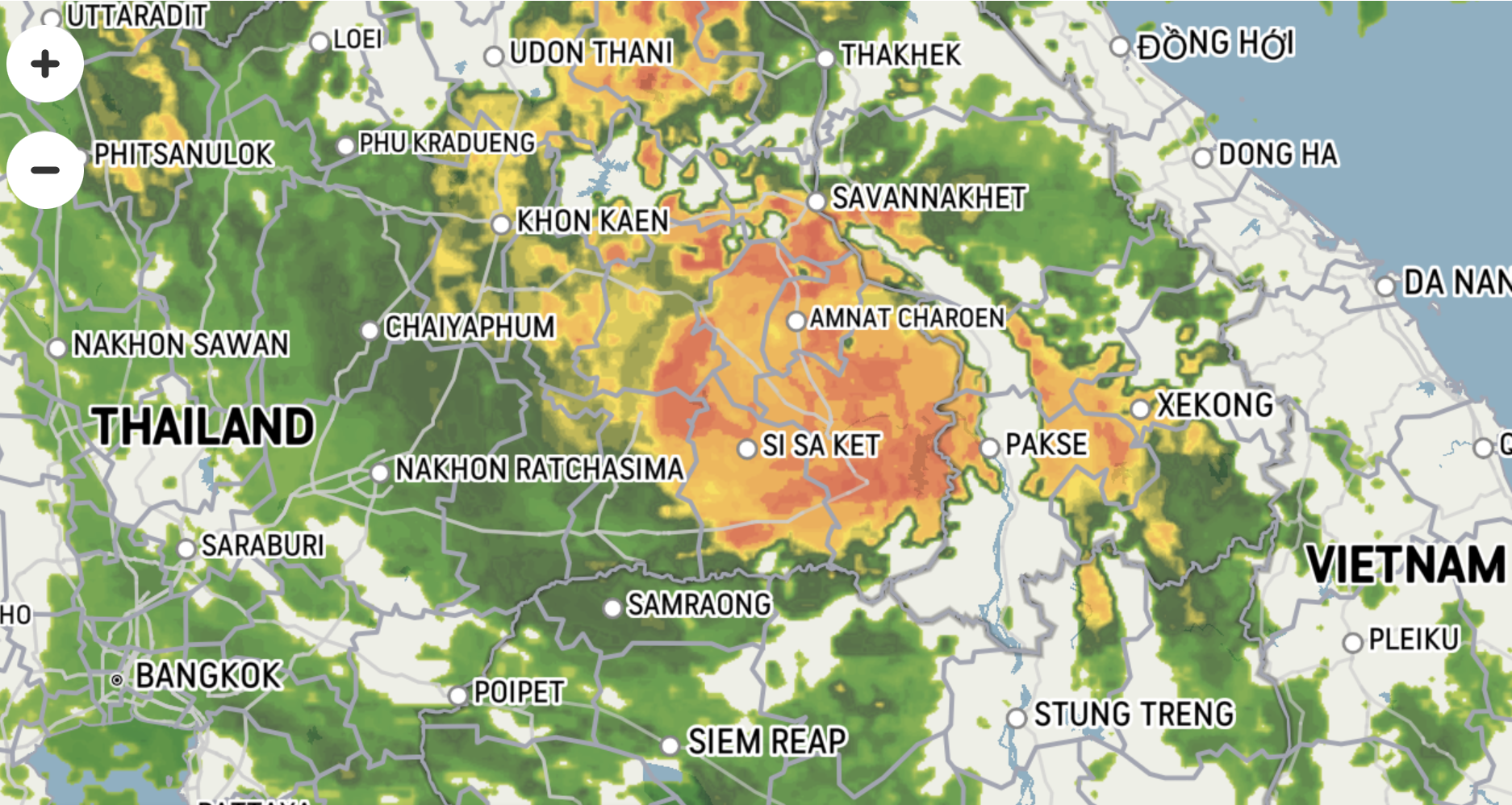 After storming through the Philippines, Vietnam and, today, Laos, the remnants of Typhoon Noru has crossed over the Mekong River into the north east of Thailand, bringing with it heavy rains in provinces in its path – Amnat Charon, Muang, Sam Sip, Si Saket and Ubon Ratchathani.

So far the storm has killed 10 people, all in the Philippines after it cut through the main island of Luzon over the weekend.

Crossing over the Vietnamese central coastline late last night, Noru shook buildings and blew off tin rooves with winds around 120 kilometres per hour – less power than expected but still causing minor damage to Hoi Ann, Da Nang and communities in its path.

300,000 people were evacuated in Vietnam, taking refuge in government shelters for the night after forecasters believed it may have been one of the strongest storms to hit the area in decades.

The Thai Meteorological Department of Thailand says the tropical storm has reached across the border and first hit Ubon Ratchathani and Amnat Charoen as it gradually weakens into a tropical depression. Authorities are warning of heavy rains, potential flooding and landslides. 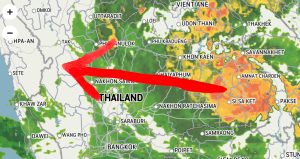