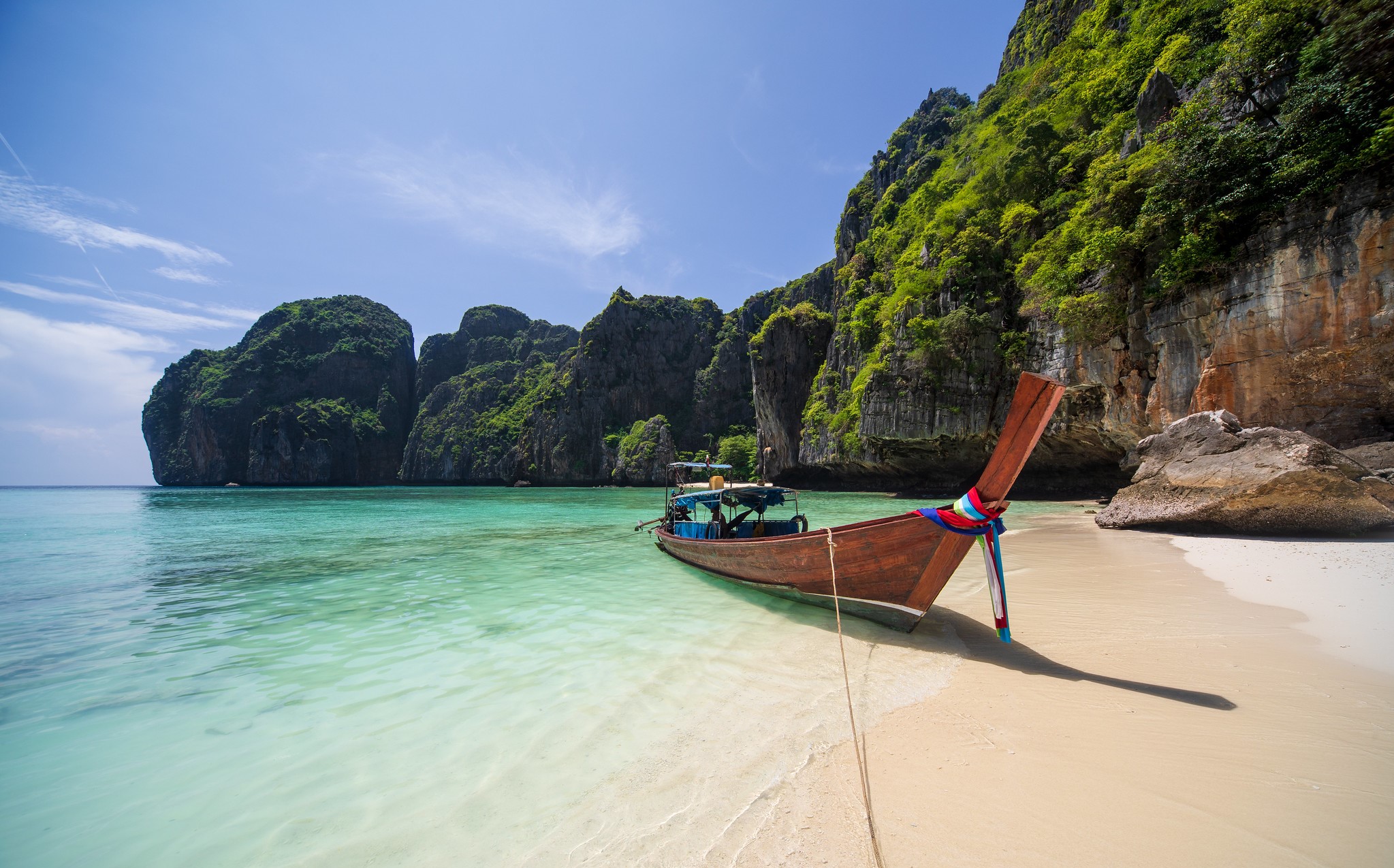 Thailand has featured twice in a list of the 20 most beautiful beaches in the world, as compiled by a UK newspaper. Both Satun’s Sunrise Beach and Krabi’s Maya Bay, in southern Thailand, made the grade. Government spokesman Thanakorn Wangboonkongchana says PM Prayut Chan-o-cha has welcomed the news.

“The premier is pleased with the results, which demonstrate the confidence, popularity, and impact of Thailand’s natural attractions.”

The list was compiled by the UK’s Daily Star newspaper, by analysing social media posts on Google and Instagram that contained the word “beautiful”. Sunrise Beach in Satun ranked at number 6 and Maya Bay on Krabi’s Koh Phi Phi came in at number 12. The world’s top 3 beaches were Venice Beach in Los Angeles, Byron Bay in Australia, and El Nido in the Philippines.

According to a Nation Thailand report, Thanakorn says the government is now focused on stimulating tourism this year, to increase the number of international arrivals. According to the Tourism Authority of Thailand, officials expect the current figure of 1 million foreign tourists a month to increase to 1.5 a month between October and December. Total foreign arrivals this year are expected to reach 10 million, generating 1.5 trillion baht in tourism revenue.

In this article:Krabi, Satun, Thailand's beaches