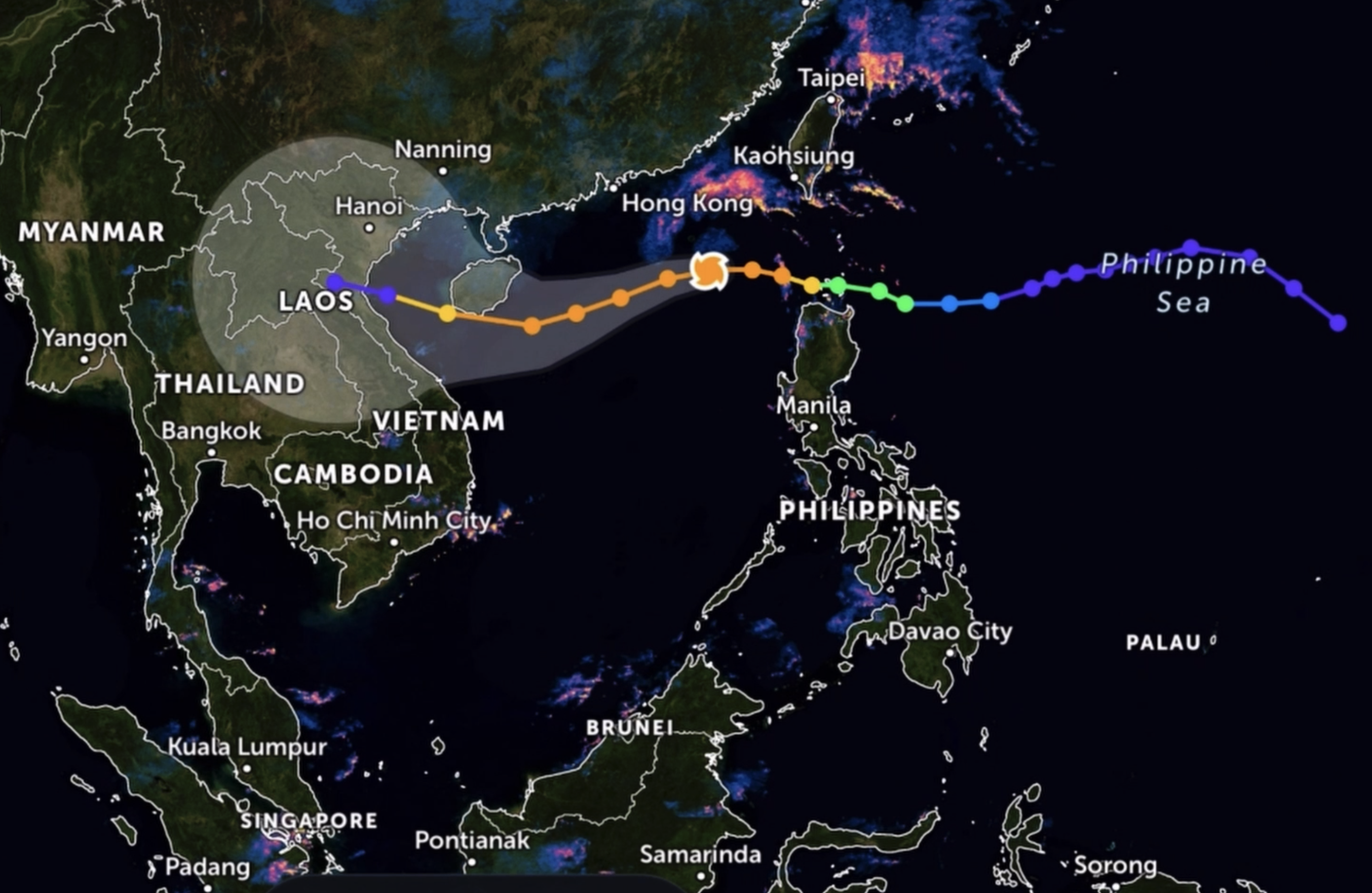 Another seasonal tropical typhoon is heading across the South China Sea, currently tracking westward at around 20 kilometres per hour with wind speeds reaching over 100 kph at the eye of the storm. The typhoon is predicted to strengthen as it closes in on the Vietnamese central coastline.

Landfall is expected to be on late Wednesday or Thursday.

The last typhoon was three weeks ago, ‘Noru’ which killed 12 as it cut a swathe through the centre of the Philippine’s Luzon Island. ‘Nesat’ is tracking further north this time, scooting just under Hainan Island as it makes its way towards the Vietnamese coast.

The storm will weaken as it crosses the coastline, heading west, then across Laos and into far north Thailand. But the weather system is still expected to drop heavy rain in the north of Thailand later this week and into the weekend.

These large storms are late in the year and at the end of the annual ‘typhoon season’ for the northwest Pacific. Typhoon Nesat, known in the Philippines as ‘Typhoon Pedring’, was the most powerful tropical cyclone to directly impact China since 2005. It also struck the Philippines during the 2011 Pacific typhoon season (the names are recycled as they mov e through the alphabet). 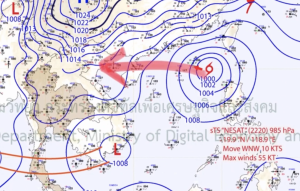