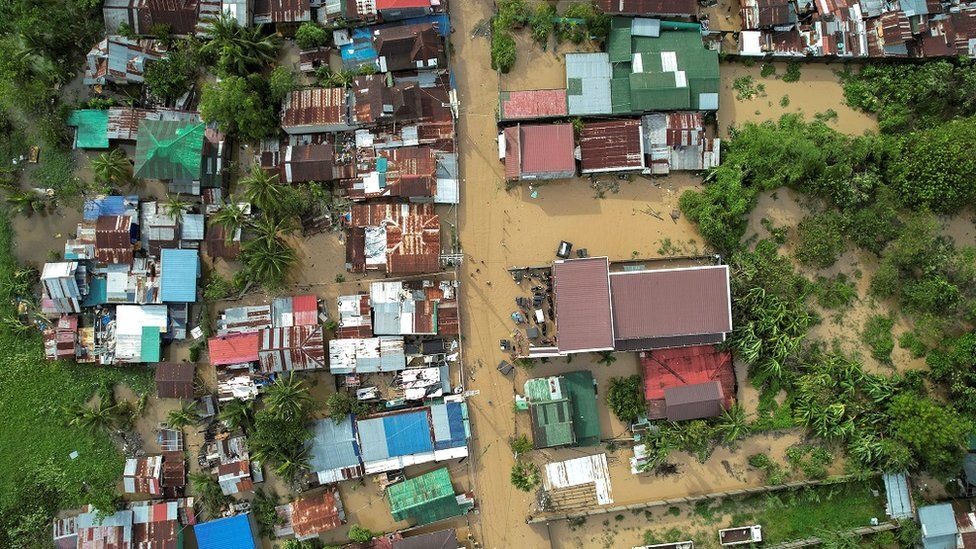 More wet weather on the way, this time thanks to super typhoon Noru, which is currently headed for Vietnam after storming through the Philippines on Sunday. The Thai Meteorological Department is warning of heavy to very heavy rain for the north, north-east, central, and eastern parts of the country, from tomorrow until Thursday as the storm continues to move westward, weakening as it moves inland.

By the time it reaches Thailand on Thursday and Friday, it will be a tropical storm but still has the potential to drop torrential rain as it passes through the north east and northern parts of Thailand.

According to the TMD website, Noru currently has sustained winds of around 140 kilometres an hour and is travelling at a speed of 25 kilometres an hour. The typhoon is expected to make landfall over Vietnam on Wednesday, bringing some very wet weather for most parts of Thailand as it progresses westwards. The department has issued a warning of severe conditions in parts of the country, with the risk of flash floods and overflows in waterways and around lowlands and foothills.

In addition, the south of the country is advised to prepare for heavy rain from tomorrow to Thursday as a result of the southwesterly monsoon in the Andaman Sea and Gulf of Thailand. Monsoon conditions are expected to worse in the coming days, bringing windy weather and waves of 2 – 3 metres in height in the Andaman Sea and the Gulf. Ships are advised to proceed with caution, while small boats are advised to remain ashore. 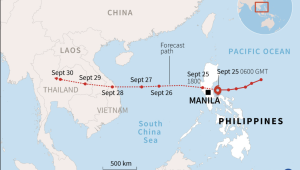