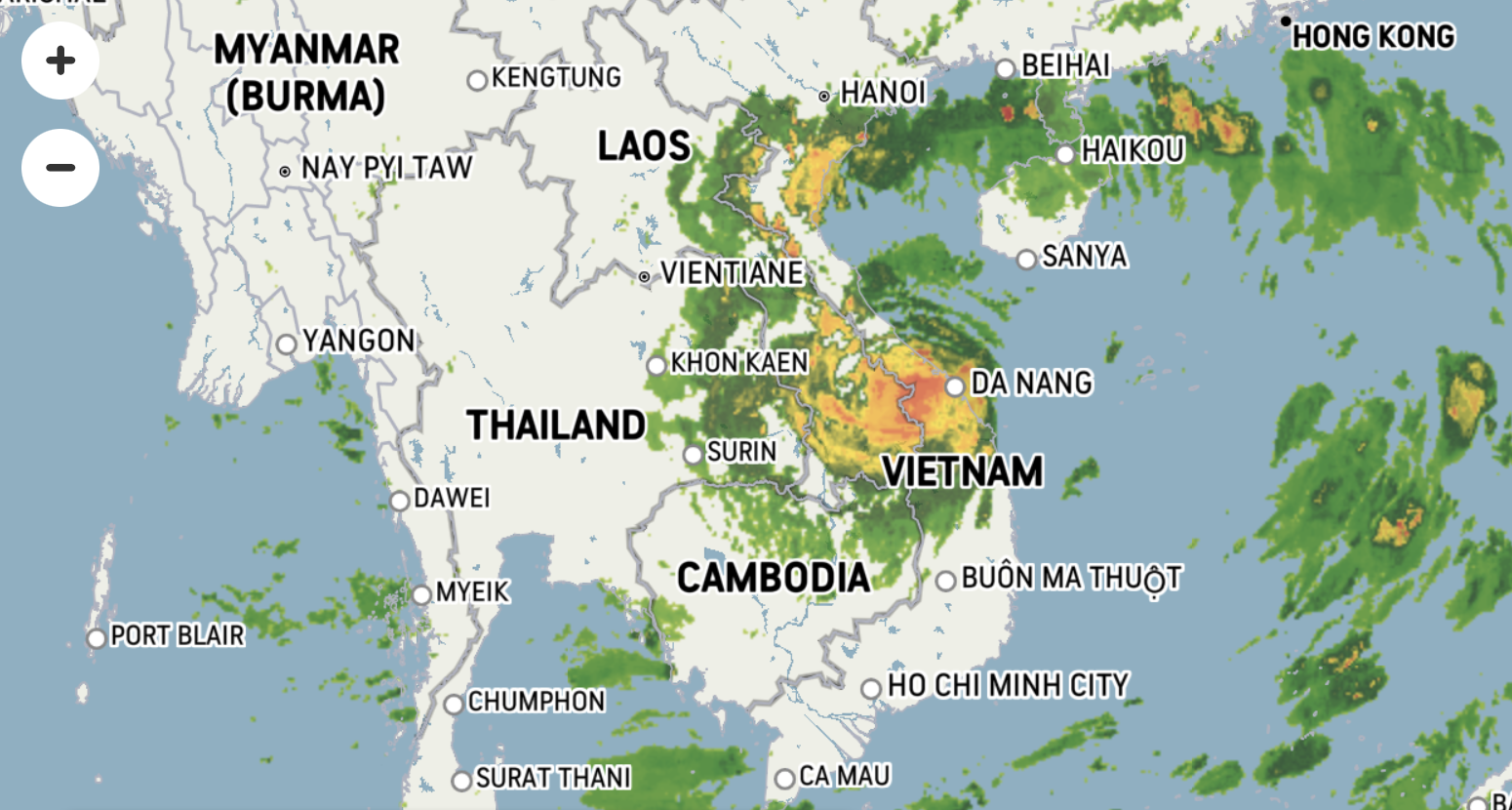 Wind speeds were slower than initially feared, but forecasters said heavy rain would continue into the day and warned of landslides and serious flooding.

Almost half of Vietnam’s airports have been shut, schools and offices across several central provinces – including in Da Nang – were closed and residents rushed to secure their homes.

The now weakening tropical storm Noru will move into Thailand’s north east from later this evening after it dumps rain through Laos.

Typhoon Noru is poised to start affecting Vietnam’s eastern coastline from this evening after already killing at least 8 people in the Philippines over the weekend. The eye of the storm is expected to reach the Vietnamese coast early tomorrow morning.

The storm is moving westward packing wind speeds up to 185 kilometres per hour. After weakening as it crossed over the Philippines’ Luzon island, it has re-energised as it crossed the South China Sea, heading for Vietnam, Laos and Thailand.

It is scheduled to cross from Laos into Thailand’s north eastern provinces sometime on Thursday. Although weakening to a tropical storm at that time, Noru is still expected to drop heavy rains as it cuts westward across the northeast and into the lower regions of northern Thailand through Friday.

Airports have been closed in central Vietnam in anticipation of the typhoon whilst thousands have already evacuated their homes.

The above image was taken at 14.30pm today, Thai time, showing the storm approaching the Vietnamese central coastline between Da Nang and Quang Ngai.