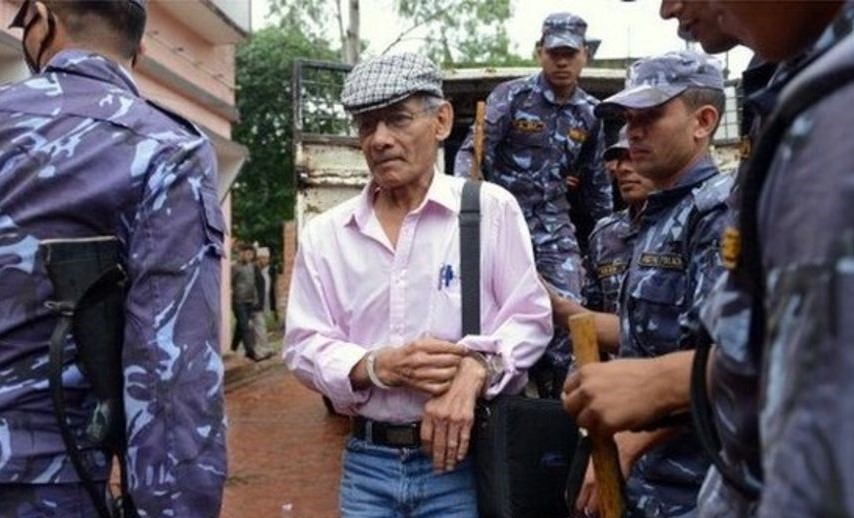 The French serial killer Charles Sobhraj is to be released from prison in Nepal, according to a Reuters report. Sobhraj, who was charged with a series of murders in Southeast Asia during the 1960 and 70s, was the subject of a Netflix drama called The Serpent last year.

Now the Supreme Court in Kathmandu, Nepal, has decided to release the convicted serial killer due to his old age. He had become known as “the serpent” because of his ability to use clever disguises after he escaped an Indian prison in the mid-1980s. He had been serving 21 years for murder. He was subsequently re-captured and jailed until 1997.

Following his release, he returned to France, but in 2003 was re-arrested at a casino in the Nepalese capital and charged with murdering American backpacker Connie Jo Bronzich. He has been incarcerated at a high-security prison in Kathmandu ever since.

Sobhraj also became known as the “bikini killer” after the bodies of several of his victims – young, Western women – were found on a Pattaya beach, still wearing their bikinis.

Sobhraj, now 78 years old, was accused of murdering more than 20 Western backpackers by drugging their food or drinks., mostly in Thailand.

The authorities in Thailand issued an arrest warrant for the French national in the mid-1970s after the Pattaya beach victims were found. He was sentenced to 20 years imprisonment and has completed 19 years of his sentence.

Sobhraj will take a flight out of Kathmandu only after top officials in Bangkok confirm there are no pending arrest warrants against the French serial killer in Thailand where he killed most of his victims.

Thailand’s Ministry of Justice will leave it to the Government to make a call if they wish to apply for extradition.

“If the Thailand government will issue a fresh warrant or drop the previous warrant.”

“We are aware that most of his murders were committed in Thailand.”

Meanwhile, Nepal will take Sobhraj out of the prison and keep him in isolation for 10 days to prepare his immigration papers to whichever country Sobhraj ends up being sent to.

Sobhraj has already indicated to his lawyers and journalists that he could “relocate to Dubai or even South Africa”. He has not made it clear if he would return to settle in France, his country of citizenship.

He has also asked his lawyers to start negotiations with publishers for a planned auto biography.

The child of an affair between an Indian businessman-tailor and one of his Vietnamese shop assistants, Sobhraj had grown up in Saigon during the Vietnamese war of independence from France.