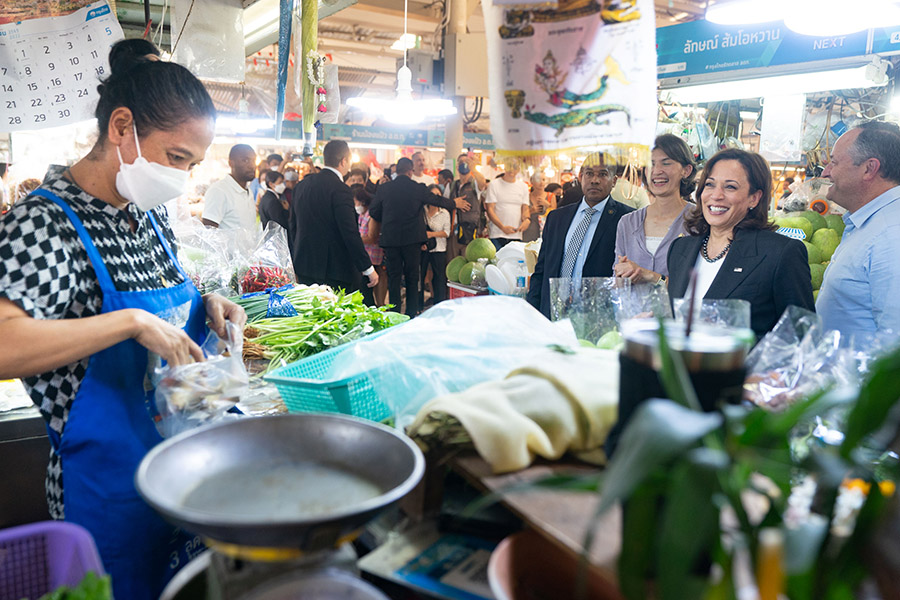 Hardly hard-core influencers, but the delegates and politicians that visited APEC have been posting during and since last weekend’s APEC gab-fest in Bangkok.

Thanks to the power of social media, it seems some world leaders are giving the Tourism Authority of Thailand a helping hand. PM Prayut Chan-o-cha recently expressed confidence that global leaders attending the recent APEC Summit in Bangkok would promote Thailand to their followers back home and he may have been on to something, according to a Nation Thailand report.

First up, Singapore’s PM Lee Hsien Loong, who shared photos of the Thai dishes served at a banquet held for delegates last Thursday. Special praise went to a starter which featured dishes from the 4 regions of Thailand presented on a map of the kingdom. He also shared a number of selfies showing the conference behind him.

“A beautifully presented appetiser that creatively incorporated the APEC 2022 Thailand logo and the host country!” 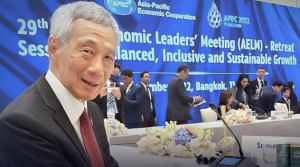 French President Emmanuel Macron was photographed offering alms at Wat Phra Chettuphon, as well as visiting Chinatown, the Jim Thompson House Museum, and the Rajadamnern Boxing Stadium. He posted details of his visits on his Twitter account, which has 8.9 million followers.

Meanwhile, photos were also shared as US Vice President Kamala Harris took time out to visit the Supreme Patriarch at Wat Ratchabophit on Saturday, followed by a shopping trip to Or Tor Kor Market in Chatuchak on Sunday.

There, the Vice President shopped for Thai curry pastes, kaffir lime leaves, lemongrass, tamarind sauce, and galangal, before flying back to the US with her supply of Thai cooking ingredients and a parting message on Twitter.

“Thank you to the people of Thailand for such a warm welcome.”