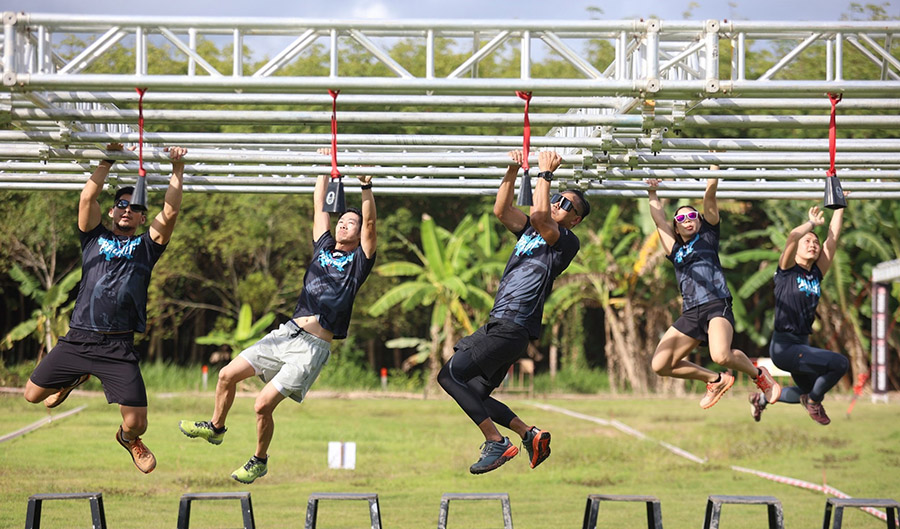 According to the report, Mackenzie successfully tackled all 25 obstacles at the Blue Tree water park in Chergntalay, where the event was held. He won the race with a time of 50.58 minutes. Meanwhile, Japanese national Reika Kijima won the women’s Super Race, in a time of 1.08.42.

Children weren’t left out either, with kids aged from 4 to 14 participating in the Spartan Kids obstacle race. In total, 4 different races were held – the 10 kilometre Super, which had 25 obstacles to clear, the 5 kilometre Sprint, with 20 obstacles, the 3 kilometre Spartan Kids Race, and a team competition known as the Hurricane Heat.

Phuket’s deputy governor Pichet Phanapong previously stated that the popular event would help to promote the island’s health and wellness policy and boost the economy of the region.

Officials are also hopeful the event will boost the island’s chances of being selected to host the 2028 Specialised Expo. The result of that selection process is being announced this evening.

The island is also hosting the ‘Deep’ free diving event until December 6 where the world’s leading deep divers come and enjoy their sport in the pristine waters off Phuket.