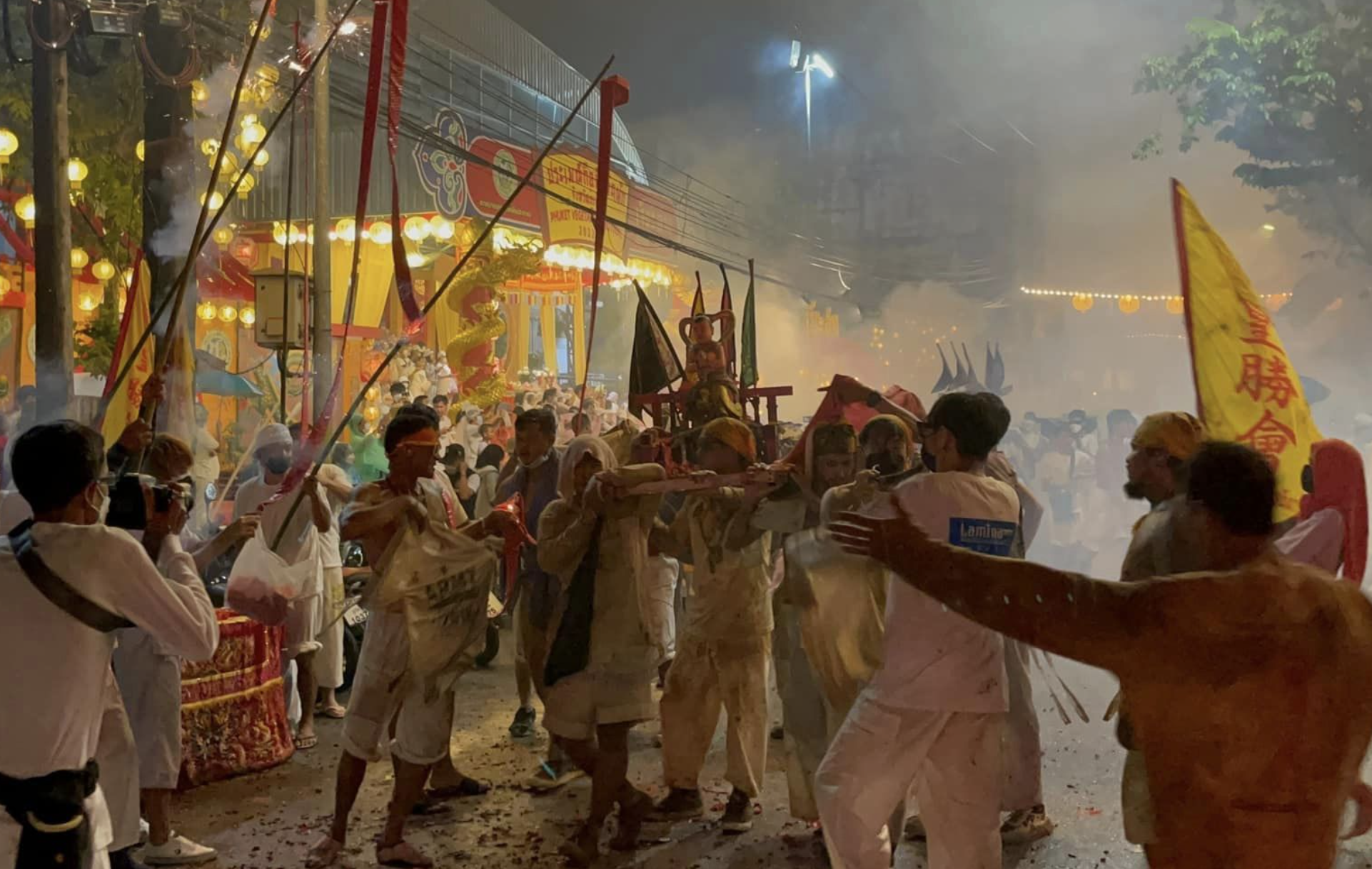 The annual Phuket Vegetarian festival hangs up its firecrackers and white parade clothes for another year.

The final street procession, always the biggest and loudest, travelled from the Lor Rong Shrine in Phuket Town to Saphan Hin Public Park on the east side of Phuket Town. Any firecrackers unused during the ten days of the festival are thrown into action for this tumultuous cacophony of noise, acrid smoke and crackers, going off in quick succession.

The final day’s festivities kicked off at 3pm with a fire walking event at the Kathu Shrine and also at 7:30pm from the Bang Koo Shrine in Koh Kaew, near the British International School .

At 10pm every shrine held their farewell ritual, sending the Nine Emperor Gods at midnight back to heaven. It was on the first day at the Jui Tui Shrine in Phuket Town they were invited down from the sky to join in the festivities.

People flocked to watch the final procession through Phuket Town, along Thalang Road, Phuket Road, past the Surin Clock Tower and the roads leading to Saphan Hin. 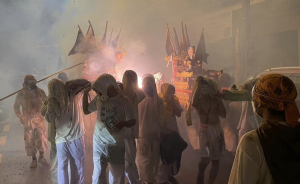 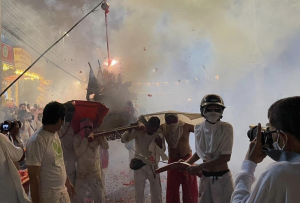 The annual Phuket Vegetarian Festival is steeped in Thai-Chinese culture, stretching back hundreds of years when Phuket Town was a metre of East West commerce, bridging Chinese and European traders through the region. Many locals abstain from meat, along with alcohol and other ‘pleasures of the flesh’ for 10 days each year.