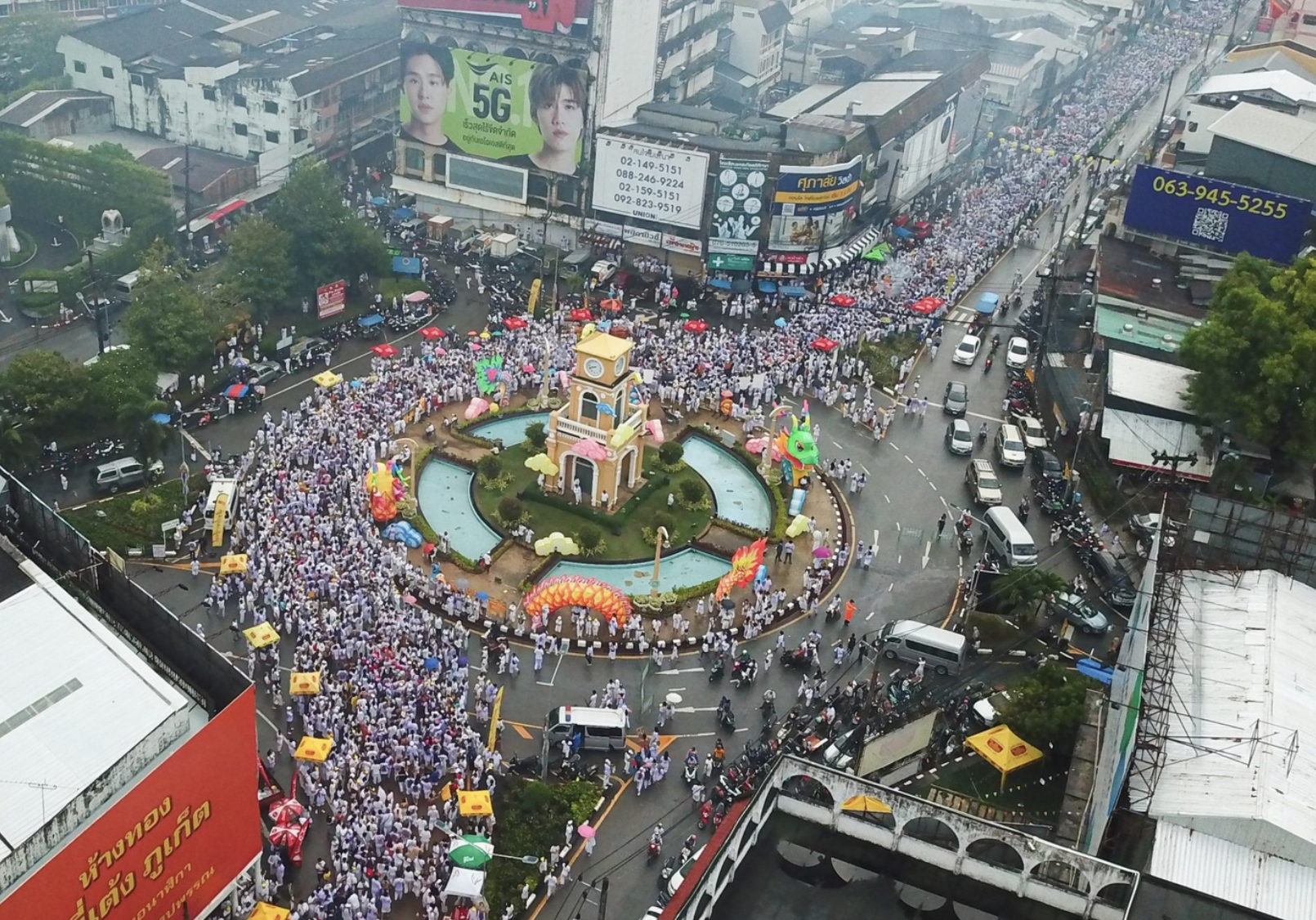 The annual Phuket Vegetarian Festival has been in full swing around the island over the weekend, no less in the heart of Phuket Town where up to 2,500 locals and a few surprised foreign tourists were at the the Yu Keng ceremony which finished at the Jui Tui Shrine yesterday. The Jui Tui Shrine is a Chinese temple in the heart of Phuket Town and is the focus of each year’s events.

Even Thailand’s Tourism Minister Phiphat Ratchakitprakarn joined in the Yu Keng parade. The parade through Phuket Town is a celebration of the Chinese deities sthat have descended from the heavens to join in the week of festivities. 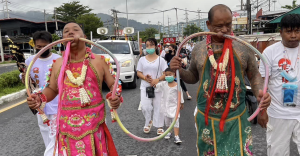 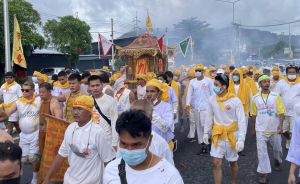 Onlookers also paid respect, whilst the parade was alight with firecrackers, noise, smoke and possessed Mar Songs to call attention to their gods.

The annual Phuket Vegetarian Festival, whilst difficult to describe, is a feast for the senses with its parades from temples around the island, celebrating the largely Thai-Chinese ethnicity of many of the island’s citizens. Participants focus on vegetarian food and abstinence throughout the ten days of the festival, visit their local temples to join in the festivities and even participate in the many parades around the island. The Mar Songs are ‘possessed’ locals who adorn themselves with grotesque facial and body piercings, leading the parades and blessing the bystanders. 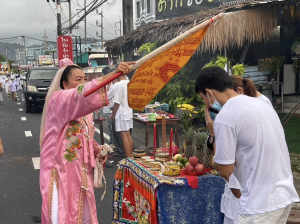