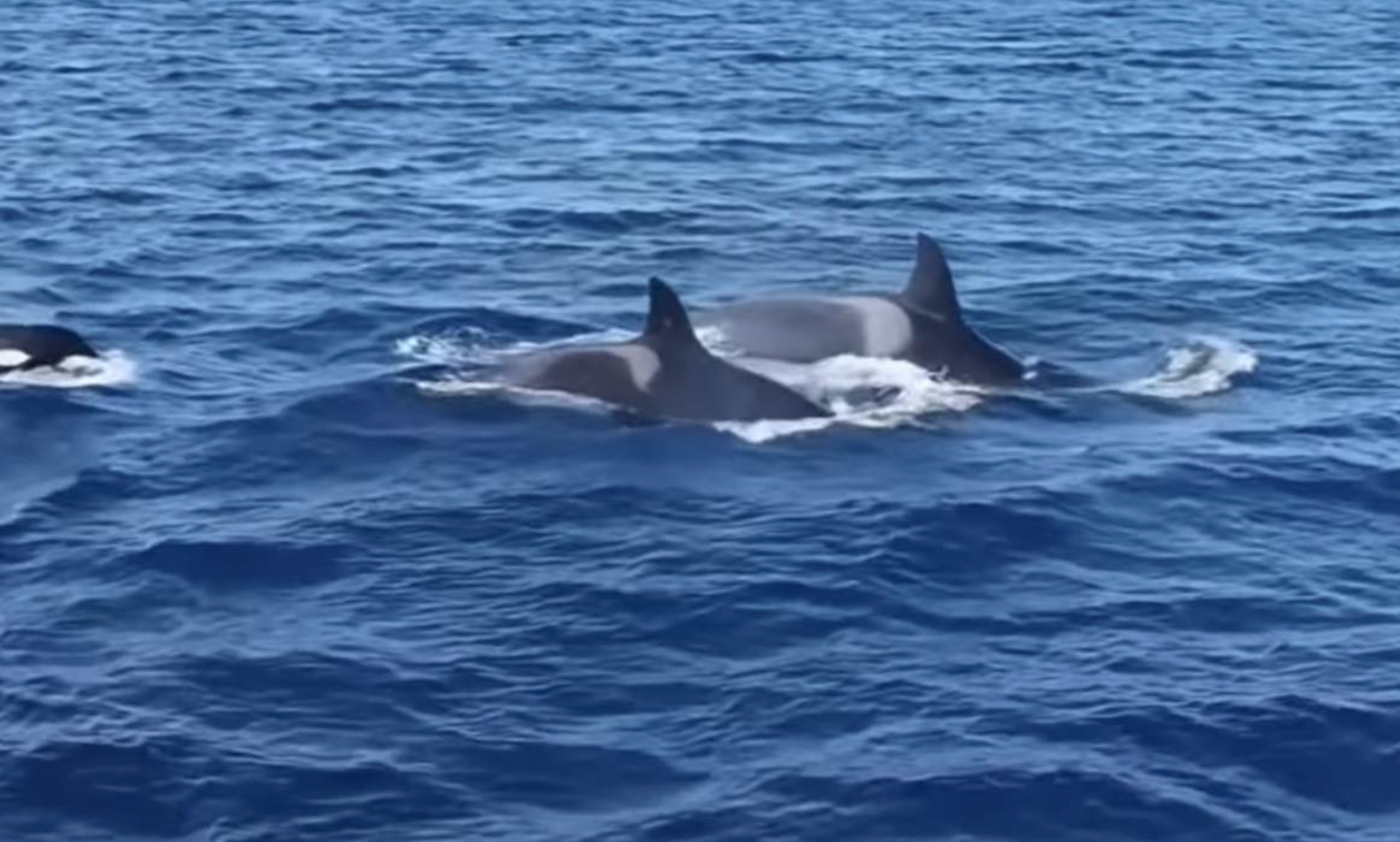 Several groups on fishing trips and tours off Koh Tachai, north of Khao Lak and the Similan Islands, became unwittingly close up and personal with up to five killer whales who were, according to the reports, “playing around their boats”. The killer whales, aka. ‘orcas’, were reported to be between 1.5 – 3.5 metres in length.

“For more than 5 minutes the family of orcas interacted with the boat and the scuba divers on it.”

Carmen says that the killer whales played around the speedboat of scuba divers that were returning back to land after diving in the Similan Islands.

Kriangkrai, who was also the captain of another one of the encounters, say he was driving the boat with five tourists bound for a fishing trip when they spotted the killer whales. He noted that the whales are a rare sight around that area.

Speaking to The Phuket Express, he said that while they were waiting “…there were four killer whales which were about three metres long playing around the boat”.

Another boat, for the company Sea Turtle Diving, says they spotted 5 killer whales near Koh Bon in approximately the same area, south of Koh Tachai.

You can watch Carmen’s video on her Instagram channel HERE.