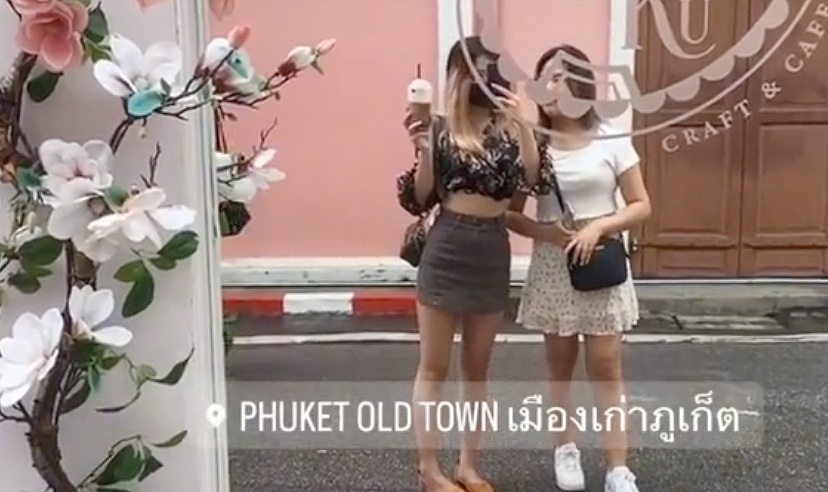 During a six-day trip to Phuket, the first Singaporean made the mistake of visiting the Chillva Night Market and decided to eat some ‘dancing shrimp’. Not so much ‘dancing’ but ALIVE at the time of consumption, marinated in spicy sauces and herbs.

There have been numerous local media warnings about consuming the moving feast. But, for a Singaporean tourist, it just seemed like a good idea at the time. She was quick to realise that she’d bitten off more than she could chew, literally.

User 818391963, and her equally adventurous friend, then posted a series of videos documenting the exit strategy of the shrimp. Check out her post HERE.

“The night after, we started vomiting continuously for six hours and had diarrhoea non-stop”. 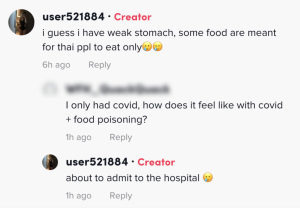 Then the shrimp had even better revenge. The pair found out soon after that they both tested positive for Covid-19.

But User 818391963 and her friend weren’t the only Singaporeans having a bad time with seafood in Phuket.

Blooppbloop0 was also on a six day trip to the Thai island.

Eating some raw oysters didn’t agree with her stomach.

“I vomited for one and a half days straight.”

The Singaporeans were all treated to the finest care of the Thai health system and paid for the pleasure, no doubt something for their travel insurance company to work out in the next few weeks…. much like the raw seafood did. 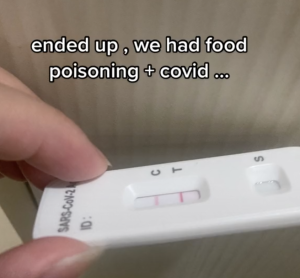 So, for anyone heading to Thailand, eating raw ANYTHING is a bad idea, no matter how drunk you are. And eating live, moving shrimp is just a bad idea generally.

By the way, Chillva Market is one of the best markets on the island, just 300 metres east of the Samkong intersection, open most nights until 11pm. Just avoid the Dancing Shrimp!