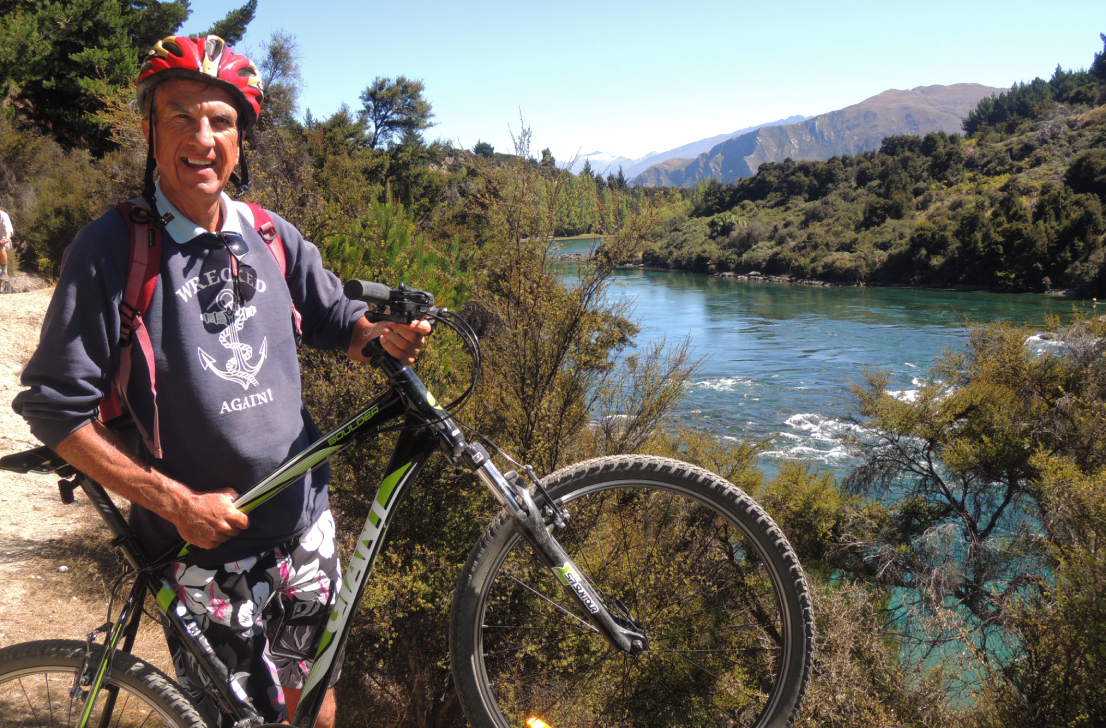 Local Phuket resident Baz Daniel recently failed in his attempt to defy time and remain forever young. Much against his better judgment he turned seventy-four. Here are what remain of his thoughts on the subject.

“There are three problems with growing old” my father-in-law used to joke.

“The first problem is the loss of memory”.

“Ah yes indeed. And what are the other two problems?”

He liked a joke did my father-in-law.  He also liked a glass or two of vino, which as we all know is supposed to ameliorate the stresses and strains to which daily life subjects us. Tragically in his case this prophylactic proved less than effective as he keeled over at the rather unripe age of seventy-one after a London to Bangkok flight.  Perhaps his belief that the more wine you actually drank, the better you were at defying the ageing process, had something to do with this.

However, I have to say that even for those of us living in the ‘tropical island paradise’ of Phuket, my father-in-law seems to have underestimated. There aren’t just three problems with growing old, there are literally thousands.  In fact, the whole process of ageing is an unmitigated disaster of COP-27 proportions. This is particularly true if you happen to have been young, or at least youngish, prior to the onset of your gerontological meltdown.

But not everybody is.

My own father was an example of this.  He was one of those people who seemed to have been in apprenticeship for old age from the time he was in his early twenties.  To him, I think old age represented some sort of safe haven from the demands of modern life and the expectation of other people that he should keep abreast of things.

One of my father’s greatest days came when he received his pensioner’s bus pass and his half-priced cinema entrance kicked in.

But not content with these accomplishments he went on to achieve a sort of Olympic ageing status… my dad aged for Britain!

He became so familiar with the various hospitals in his region that he recorded the details of all his multitudinous ailments in writing as a sort of introductory background briefing for the abundant new doctors, paramedics and nurses to which his NHS saw fit to introduce him.

He then went on to adopt sundry sticks, tripods and walking frames at various times in his seventies, primarily as aides to locomotion.  However, the exciting possibilities of using these devices as weapons with which to lash out at the “young hooligans and door-to-door con artists” who had come to populate Britain, were never lost on him.

The pinnacle of my father’s old age came when he finally realised his dream and gained certification as a “registered disabled person”.  This was a complete con as far as I could see. The only thing disabled about my father was his signature hand when the bill would arrive after a dinner out with his abundant retired Royal Navy friends.

Dad received one of those little cardboard signs to place in the window of his car.  This meant that at last he could secure the prime parking spots outside various hospitals, clinics and even Sainsbury’s, a perk that he exploited with the greatest enthusiasm.  He was particularly gleeful at this development as he viewed it as a sort of payback from society for all the dismal years he’d slaved away (according to him) as “an under-paid and under-appreciated civil servant.” 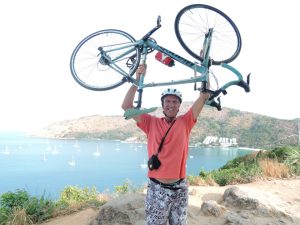 Even in Phuket, growing old can be a bit of a nightmare, but there are a few glimmers of hope in the process.  For example, medical researchers recently reported that enjoying a sex romp two or three times a week, once you get into your sixties, not only keeps you young, but also helps prevent heart attacks.

Presumably that’s before your spouse finds out about them, of course.

It is sad but true that for most of us the process of ageing is accompanied by a drastic reduction in our ability to enjoy the “good” things in life.   Sex, drugs, all night parties and Rolling Stones concerts become things of the past…. unless you happen to be Sir Mick Jagger of course, in which case they just become a rather tiring way of earning a living.

But let’s be honest, somehow these things are just not the same as sharing a bottle of the finest champers in a Jacuzzi with a brace of gorgeous Olympic gymnasts, or bungee jumping out of a single-engine Cessna at twenty thousand feet while blindfolded.

But enough about my mis-spent youth.

The real enemy of late middle age is that we are able to remember too much of our hormonally-charged youth for own good. And not just remember it.  On a good day, certain sights, sounds and all those over-the-counter joints and little blue pills which are readily available in today’s Phuket, can take us back there all too palpably, as if….as if…. with a little more alcohol and another Stone’s track we could do it all over again, just one more time.

“God gave us memory so that we might smell roses in winter”.

Ah yes, but the winter of real old age is not the problem.  Once the snows of true infirmity have settled in, there is little choice but to haul out that photo album, cold Singha to hand and settle down in a beachside deck chair to reminisce.   It’s the transitional autumn of late middle age that’s the real problem.  Infused as it often is with a misplaced optimism that refuses to accept the reality of Time’s Fleeting Arrow, middle age can lead to all sorts of disasters.  Many classic examples of which can be seen wandering the Phuket nightscape clad in baggy pants and ridiculous beer-belly-hugging, sleeveless T-shirts, or riding a Harley around Nai Harn with a blatant ladyboy on the pillion

My father-in-law was right in one way though.  Our memories are indeed the first problem with growing old.  However, it’s not their loss through amnesia, but rather the insistent recollections that refuse to die, that cause all the real havoc.

PHOTO: Many of Baz’s friends being ‘disgraceful’ together… and often