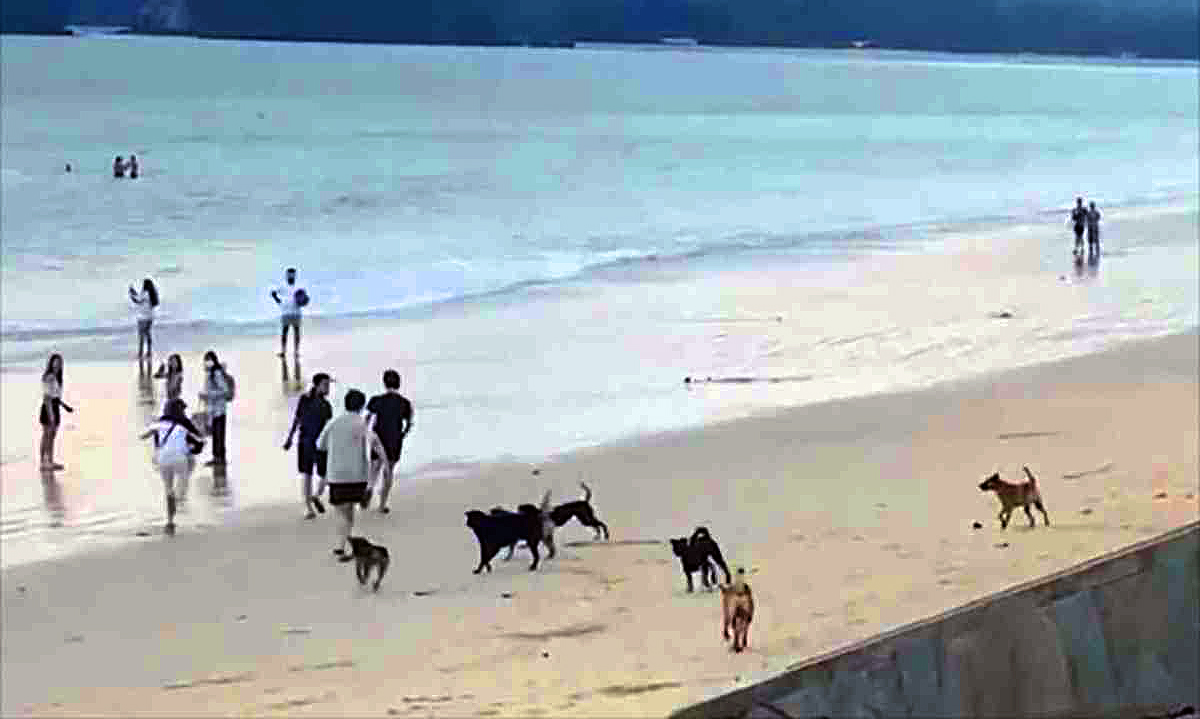 Krabi officials are now removing the stray dogs from Krabi’s Ao Nang Beach in order to avoid tourists from getting bitten while the OrBorTor (Council) President says the long-term solution is to build a proper stray dog shelter near the town.

Stray dogs, usually referred to as Soi (street) dogs, and stray cats, in Thailand, are a persistent issue that needs long-term management solutions. The Thais, and their Buddhist beliefs, tend to leave the dogs alone, un-neutered, and they can breed out of control.

In Phuket, in 2003, John and Gill Dalley started the Soi Dog Foundation and set about an island-wide program of capturing, neutering, rehabilitating and releasing thousands of stray dogs, and cats. Such was the success of the ongoing program that Phuket’s stray dog problem has been minimised by more than 90%. The program has been rolled out to other parts of the country.

Back in Krabi, there was a recent case where about 10 stray dogs attacked many beachgoers at Ao Nang Beach in Krabi, Livestock Office officials as well as the Hat Nappharat Thara-Mu Ko Phi Phi National Park officials have been catching stray dogs on the beach continuously.

The team uses a harmless anaesthetic dart to try and capture the dogs who are mostly scared by hums and run off. Some of them ran to escape into the nearby hills, while some ran along the beach to escape capture.

The team could captures 3 dogs and left them at a temporary shelter at Ao Nang OrBorTor (Sub-district Administration Organisation).

According to the President of Ao Nang OrBorTor, Pankham Kittithonkul, they will capture approximately 20 dogs, the current ‘rogue’ pack, on the beach to ensure the safety of tourists and locals walking or swimming there. He also added that over  1,000 dogs living domestically have already been sterilised and the long-term solution is really a properly managed stray dog shelter, which has to be a provincial agenda, not just a local agenda.