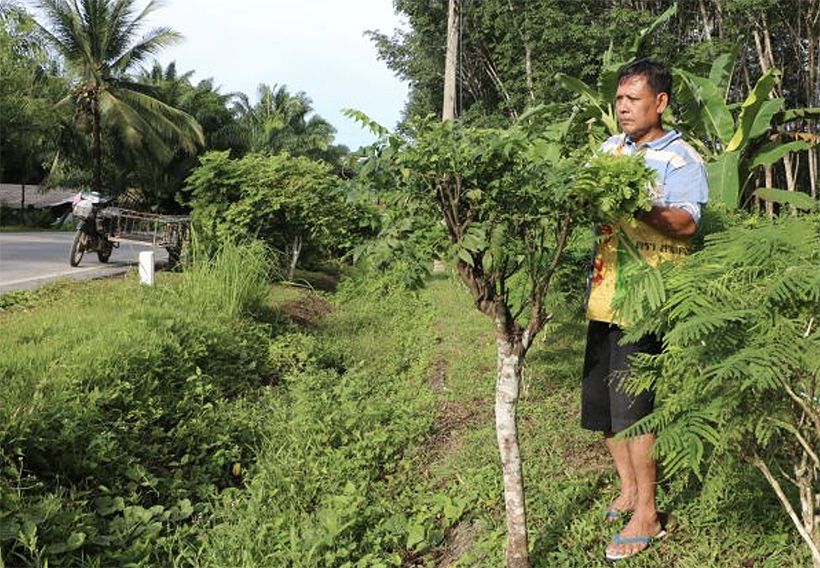 62 year old Somkid Pitnark, a local farmer who grew edible plants along a one kilometre stretch, on both sides of road, proudly led the snaparazzi to inspect his work. He said that the plants “beautify the scenery along the road” and shares the plants and crops with neighbours.

He said that he has been following the sustainable agricultural theory from HM King Rama 9, the late King Bhumibol Adulyadej who died in 2016. He said he’s been planting everything he eats and eats everything that he plants. He also noted that his family finances had been improved because they’re not spending as much at the supermarket each week

The plants growing on the two sides of the road include climbing wattle, cashew nut trees, eggplant, coral tree and Siamese cassia. He told the local media that they are planted organically and being supported by the Department of Business Development, Phang Nga Province as well as Pang Nga Provincial Agricultural Office.

He said that he also allows the neighbors to pick the plant for cooking and his customers really like his plants that they order every day, especially the local street food shops and he is happy to sell the seedings of his plants. 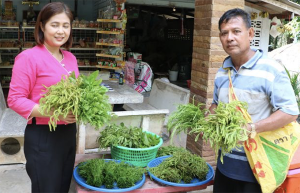