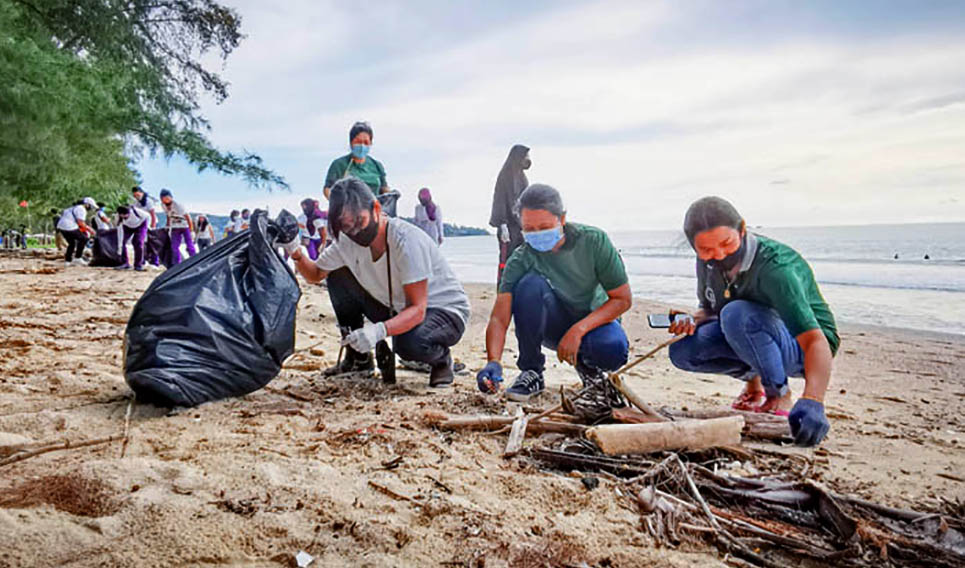 On June 23, a team from Rawai Municipality, led by Rawai Mayor, Aroon Solos, and the Rotary Andaman team together with volunteers arranged a campaign ‘Keep Phuket Clean by Our Hands’ to collect trash in the sea and on the shore of Yanui Beach, just south of popular Nai Harn Beach. They managed to collect and dispose of over 100 kilograms of sea trash.

The activity aims to encourage awareness among local people, businesses and travellers in Rawai about sea and shore trash management as well as the importance of environmental preservation of Phuket’s tourist-magnet beaches.

The Rawai Mayor said that the teams collected more than 100 kilograms of trash from the sea and the beach area of Yanui. About 70% of the trash were old fishnets and the rest was mostly plastic trash.

Much of Phuket’s trash and rubbish which washes up on the island’s west coast beaches comes from fishing activities along the Andaman coastline. The south western monsoon washes the rubbish up on the beaches. Every monsoon season there are many volunteer groups that get together for regular clean ups.

Phuket mnicpailities do not have regular beach cleaning equipment or programs and have relied on volunteer clean-ups in recent decades.