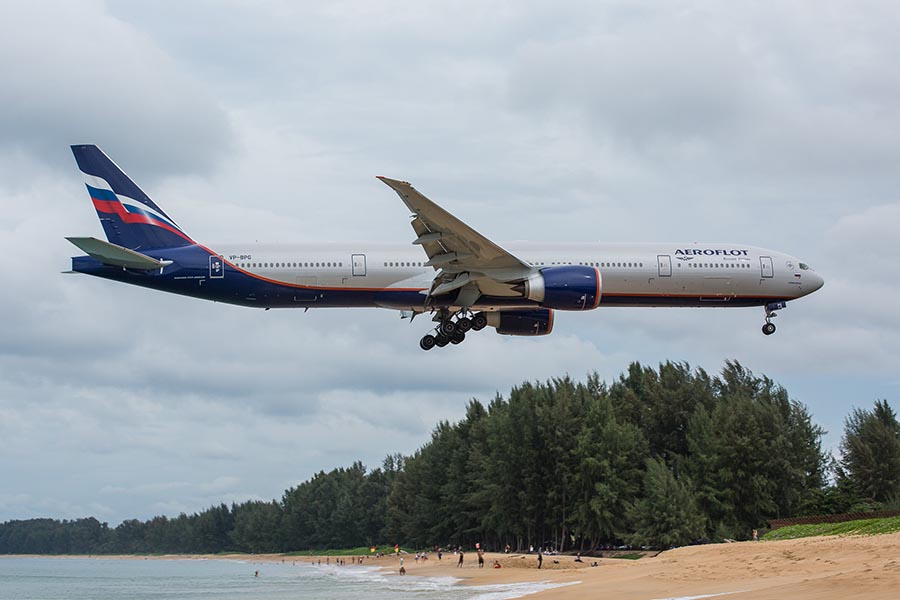 Aeroflot will resume its popular Moscow to Phuket route, with tickets going on sale yesterday, according to a report in RusTourism News. The report states that the flights will operate using aircraft owned by the carrier, thereby bypassing the risk of the leased aircraft being seized when they arrive at foreign airports.

Russian tourist numbers have plummeted on Phuket and elsewhere in Thailand since Vladimir Putin’s invasion of Ukraine and the tough sanctions imposed on Russia as a result, including a threat to seize leased planes to foreign aircraft leasing companies.

The new Moscow – Phuket schedule has been posted on Aeroflot’s website, with flights set to resume from October 30, just in time for the island’s high season and allowing Russians to escape their bitter winter. The flights will operate daily, using Airbus A330-300 aircraft. However, fares are not cheap, starting at US$920 one way or US$1,250 return.

The Russian carrier has also confirmed it will resume flights between Moscow and the Seychelles during winter 2022 – 2023.

The Tourism Authority of Thailand and Thai Government have not made any comments about the resumption of the flights out of Russia.

In this article:Aeroflot, Phuket, Russian tourists