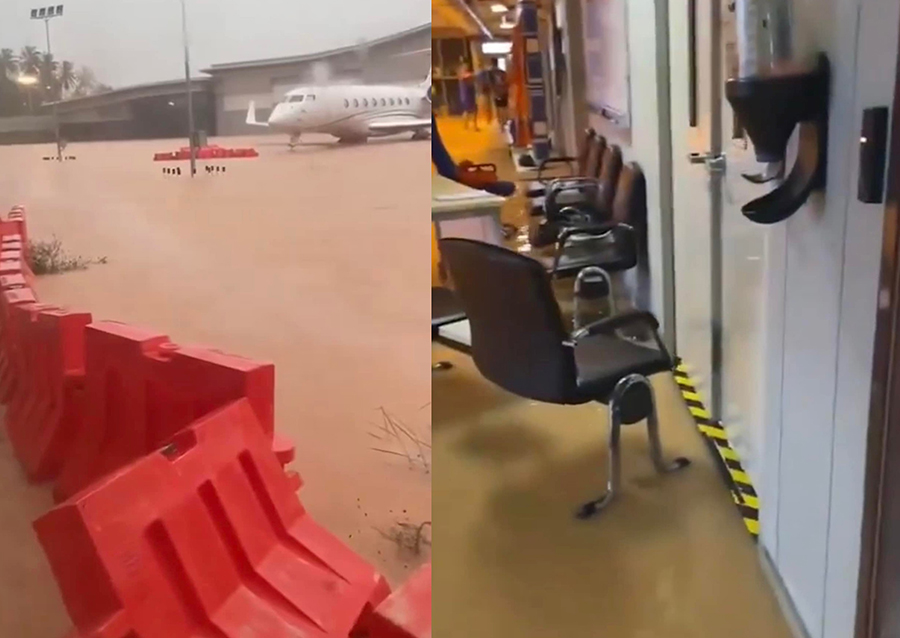 A former MP from the Democrat Party is alleging corruption is at play following yet another leak at Phuket Airport after heavy rainfall last Friday. Watchara Phetthong is calling for a full investigation into the construction contract awarded to Sino-Thai Engineering & Construction.

He points to the fact that the firm was also awarded the contract for the construction of a new Parliament complex, valued over 12 billion baht. The newly-constructed complex also sprung a leak during torrential rain in July. Now Watchara wants Thailand’s anti-corruption body and the auditor-general to look into the details of the Phuket Airport deal.

“The roof at the passenger terminal should not be leaking after it was just built at a whopping budget of 5.14 billion baht.”

Following heavy rainfall last Friday, the roof of the airport’s passenger terminal sprang a leak. Watchara is also calling for checks to be carried out to determine if the terminal building is any way obstructing existing waterways, which could lead to future flooding.

“The National Anti-Corruption Commission and Office of the Auditor General should promptly investigate the case, along with the Engineering Institute of Thailand to find out what went wrong. The airport is the face of Thailand and such incidents will only damage the country’s reputation.”

Watchara goes on to say such incidents are embarrassing, given that Phuket was chosen to pilot the sandbox project, when Thailand first started to re-open to international travellers.

“The province is also scheduled to host many exhibitions and expos in the coming months. Hence, the government should take immediate action to ensure Phuket is prepared to welcome tourists and event participants.”