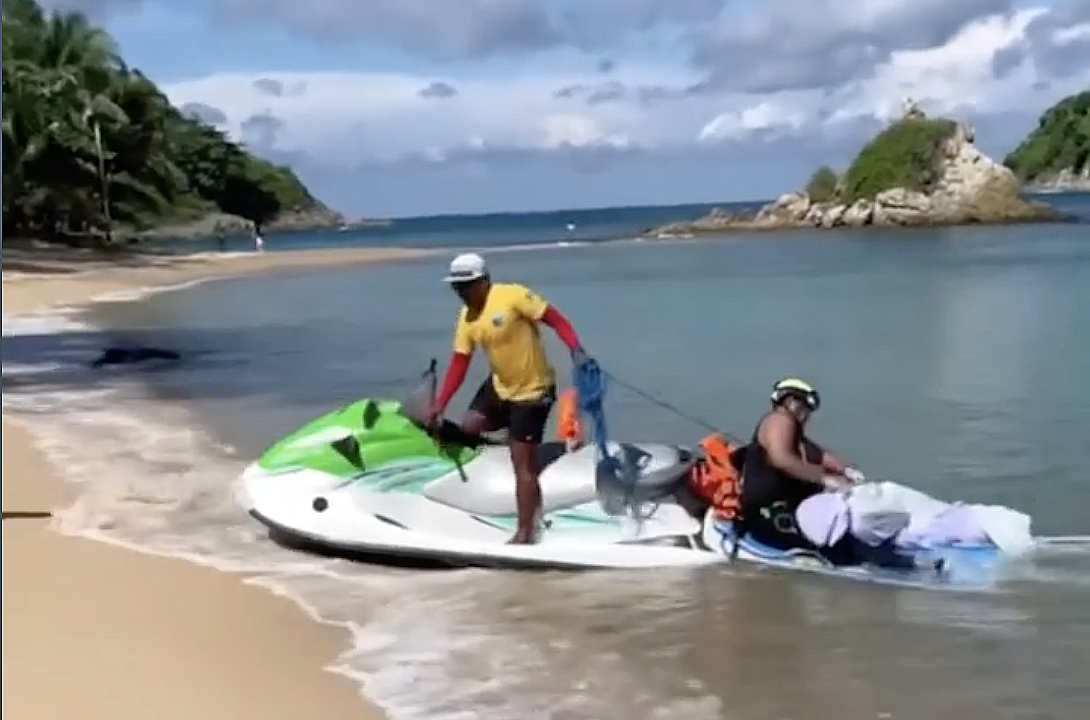 The body of a foreigner has been found off Phuket’s Yanui Beach in the far south of the island just south of the popular Nai Harn beach. Police discovered an American passport but say they haven’t yet officially identified the man at this time. A key for a Nai Harn hotel was also found with the body. The passport was from a 73 year old man. Police are waiting for the results from an autopsy to officially identify the man.

A man fishing near Yanui Beach spotted the body then contacted the Chalong Police. Emergency responders headed out from the beach to retrieve the body on police jet skis.

Police also discovered Thai and Korean cash on the body. Police estimate that the body had been dead for at least 7 days.

The body was taken to the Vachira Public Hospital in Phuket Town an autopsy and official identification. Authorities will then contact the man’s embassy and family.

You can watch some of the rescue HERE.