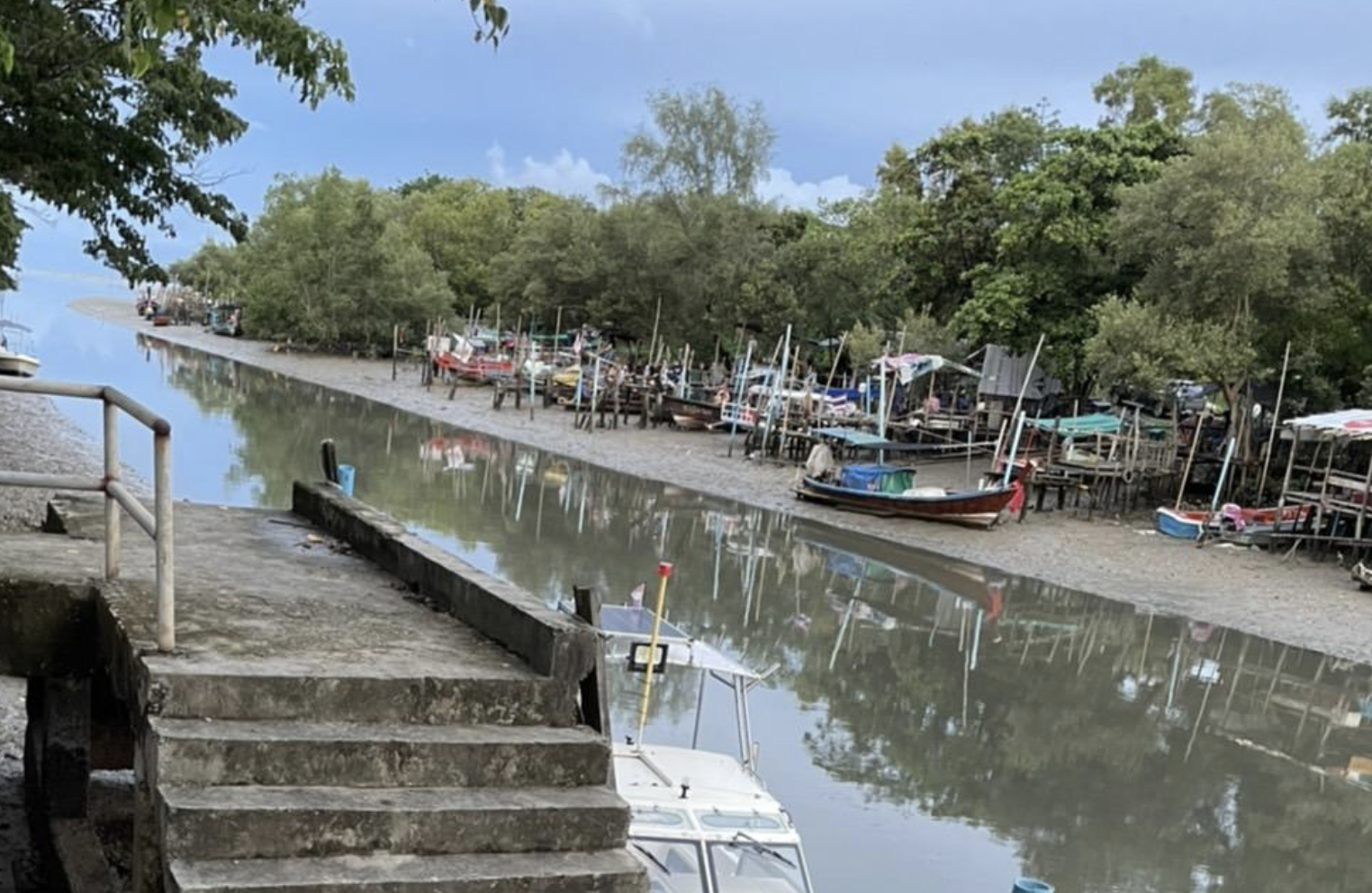 The body of a 50 year old woman has been recovered from Bang Yai Canal near Phuket’s Saphin Hin Park on the island’s east coast. Police don’t believe there was any foul play involved in the woman’s death. A resident of the area spotted the woman’s body floating face down in the canal and notified Phuket City Police.

The body was found on a mud flat near where local fishermen park their boats in the canal.

Police and rescue workers arrived at the scene, in the sub-district of Talad Yai, and recovered the body yesterday. A pair of shoes and a face mask were also found by the side of the canal. Police say the woman had been dead at least 6 hours when it was found, adding that there were “no visible injuries or signs of a struggle on her body”.

The Phuket Express reports that an unnamed woman told police the dead woman was her mother-in-law. She added that the victim suffered from depression and had been missing from her home in Phuket since Monday. The woman gave police her mother-in-law’s ID card and the body was formally identified as 50 year old Parichart Sangkam, who lived around a kilometre from where her body was found.

The dead woman’s body has been taken to Vachira Phuket Hospital. Police have launched an investigation to determine if Ms Parichard committed suicide by jumping into the canal or if she accidentally fell in.