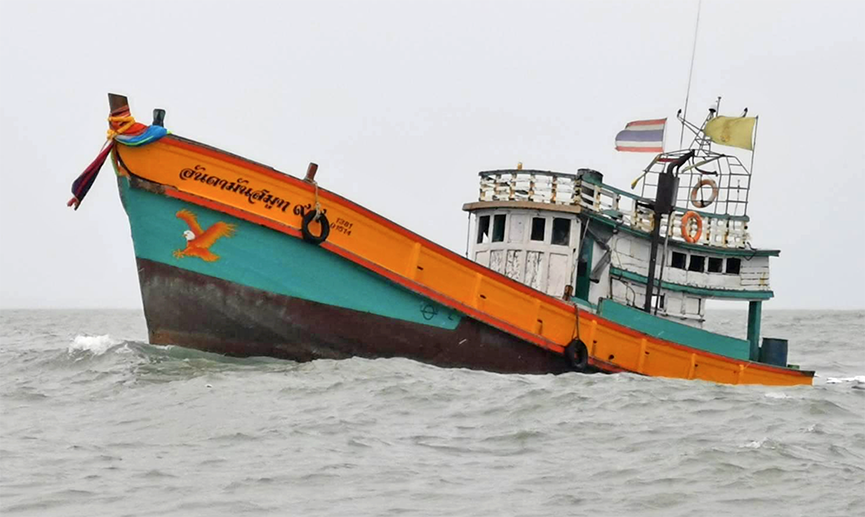 All 7 crew members have been recovered after a cargo boat has capsized off the coast of Krabi province last Monday. The Royal Thai Navy and the Krabi Marine Police headed out to rescue the crew after they were alerted that the boat had lost contact with its owners. The Royal Thai Navy was notified of the incident at 3pm.

Weather in Phang Nga Bay and the Andaman coastline has been bad since the weekend, with high winds and swells causing most small boats to remain ashore at this time.

It took rescue teams 2 hours to find the stranded crew members. They were taken back to the shore while the boat, the ‘Andaman Smootie 999’ sank.

The cargo boat’s captain and crew are yet to release a statement about the cause of the boat capsizing.

In May, another yacht capsized in Krabi due to stormy waters. Thailand’s marine authorities received a phone call from the yacht’s 3 passengers, who said they had to abandon their vessel and get into a dinghy after the yacht sunk. Eventually, a local fishing boat spotted the dinghy and brought the passengers safely back to shore.