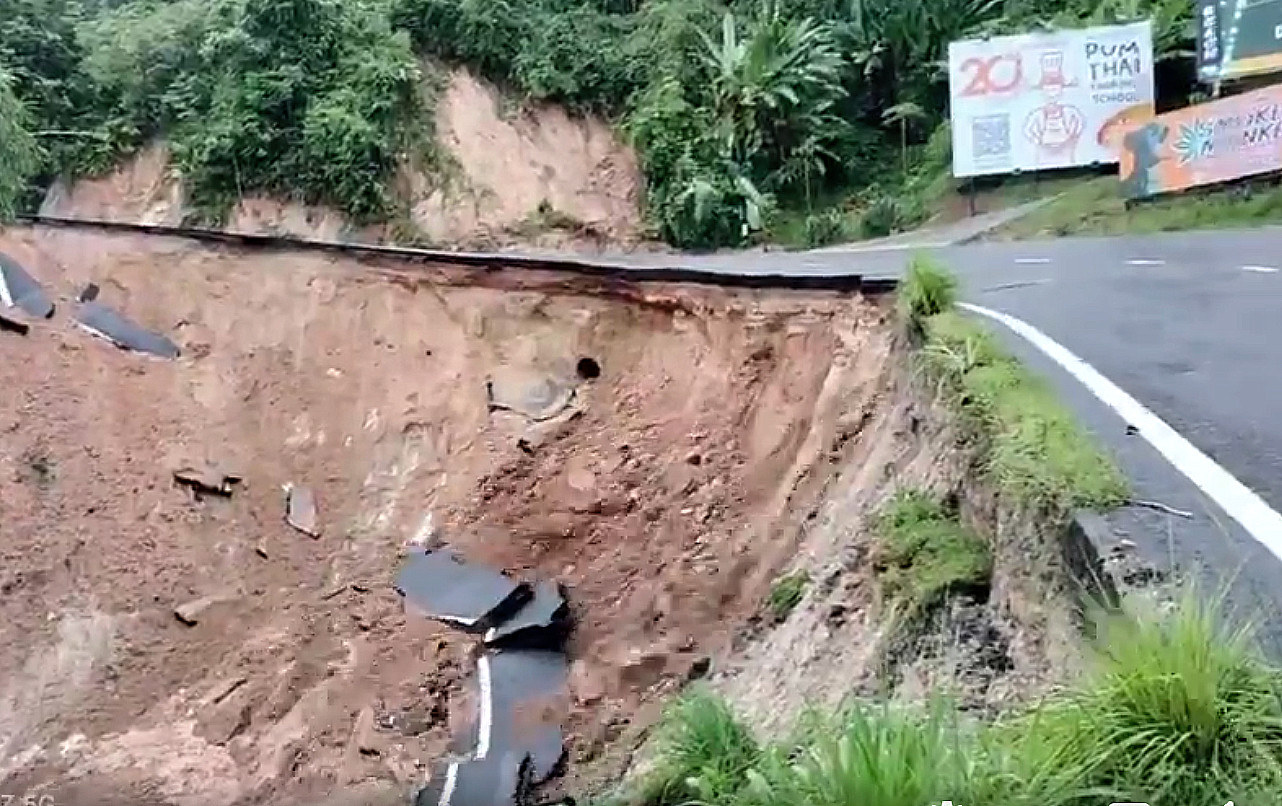 The road linking Patong and Kathu has re-opened for pedestrians only, after a section of it collapsed during torrential flooding and landslides last week. According to a Nation Thailand report, the collapsed section of highway 4029, which connects Patong Beach and Kathu, re-opened to pedestrians yesterday. The highway is the main road into Patong and normally one of the busiest routes on the island, particularly during the peak holiday season.

Phuket Governor Narong Woonciew says the road remains closed to vehicles as it is “unsafe” (if not partially missing!). The road was closed last Wednesday, following days of relentless torrential rain, resulting in a landslide that caused a large section of the outer lane of the road to collapse. 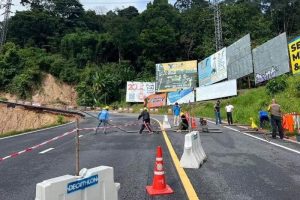 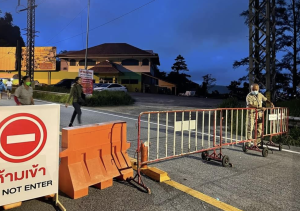 However, according to the report, local residents were unhappy about the closure, pointing out that children needed to use the route to travel to and from school. As a result, the governor has allowed the road to re-open to foot traffic only. A pedestrian pathway has been created along the hillside, with fencing preventing people from going near the damaged section of road.

The governor warns that should the heavy rain return, pedestrian access to the route will once again be shut off. Narong says the Phuket District Highway Office has carried out a survey of the damaged section of road and estimated repair costs to be around 4.9 million baht. The repair work will include the installation of new foundation piles, reconstruction of the road surface, and rebuilding the outer lane barrier.

During repair works, drivers who need to access Patong are advised to use the alternative routes 4028, 4025, and 4030.